AngloGold Ashanti has notified Renaissance Gold (RenGold) that it will make the final US$2.4 million payment to complete its option to purchase a 100% interest in the Silicon epithermal gold project in Nevada, USA. 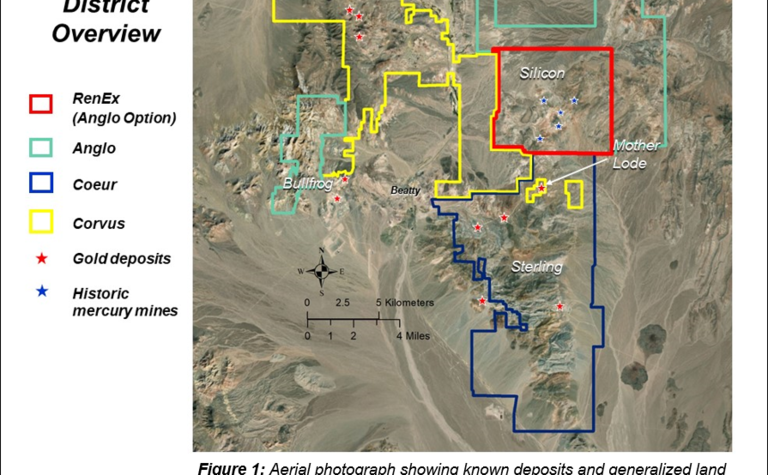 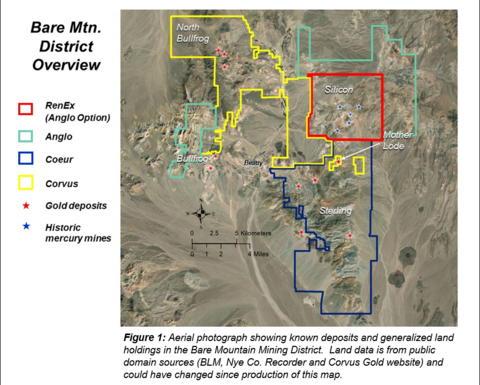 The district around Silicon in Nevada, USA

Following completion of the ownership transfer, RenGold will retain a 1% net smelter returns royalty over a defined area of interest of about 15,000 acres. Upon completion of the final payment, AngloGold will have paid RenGold a total of $3 million for the acquisition.

"We are very pleased that AngloGold has received enough encouragement from their drilling to date to elect to complete the option and make the final payment to RenGold," said RenGold president and CEO Robert Felder.

AngloGold is permitting a plan of operations to allow for up to 155 acres of surface disturbance in phased exploration programmes. Its proposed phase one programme will include up to 109 drill sites on unpatented mining claims.

The South Africa-based gold major has been tight-lipped about its exploration at Silicon. RenGold reported in January that AngloGold had completed geophysical surveys and 47 drill holes targeting structural zones below the shallow steam heated alteration zone.

AngloGold is increasingly pivoting towards the Americas and Australia for its future growth and away from its historical production base in Africa.

The news will also be welcomed by Corvus Gold—in which AngloGold owns a 19.9% stake—whose Motherlode and North Bullfrog deposits are adjacent to Silicon.

Corvus, run by former AngloGold managers, completed a preliminary economic assessment on North Bullfrog-Motherlode in 2018 which outlined average production during the first four years of 347,090oz at a cash cost of $591/oz.

Shares in Renaissance Gold are trading at C36c, valuing the company at C$24 million.