Canada-based explorer ATAC Resources has commenced early exploration work in Nevada while it finalises plans to restart activity at its flagship Rau project in Canada’s Yukon. 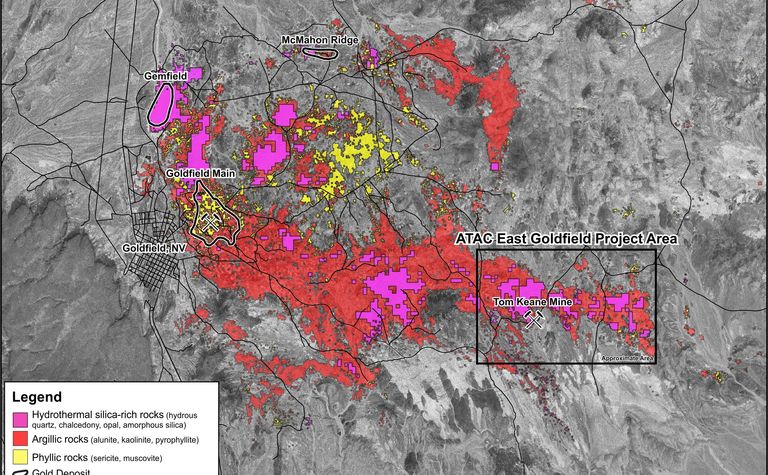 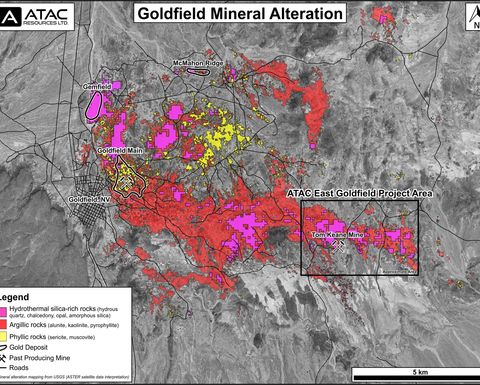 ATAC describes the Nevada East Goldfield as an early-stage high-sulphidation epithermal (HSE) project, host to the historic Tom Keane mine, where shallow reverse circulation drilling by a previous operator returned 22.86m grading 2.88 grams per tonne gold and 44.2m of 1.03g/t.

Vancouver-based ATAC said it would start with an airborne hyperspectral survey aimed at generating high-resolution data on clay alteration typically linked with HSE mineralisation, while a LIDAR survey would provide elevation data to help with structural interpretation.

The company said it would follow up with a geochemical and hyperspectral soil sampling programme.

The property is in the Goldfield Mining District, which historically produced 4.2Moz at 18.55g/t gold, about 8km east of Waterton Global Resource Management's development-stage Gemfield project, which hosts 47.3Mt of measured and indicated resources at 1.03g/t for 1,57Moz.

ATAC picked up the option on East Goldfield from Silver Range Resources in February under a two-stage agreement that would see it spend C$10 million on exploration by the end of 2025.

ATAC CEO Graham Downs told Mining Journal earlier this year the team was excited about the greenfields opportunity in an established mining jurisdiction. He said the project gave the team something to work on during the off-winter season in the Yukon.

Exploration at Rau is expected to begin in July.