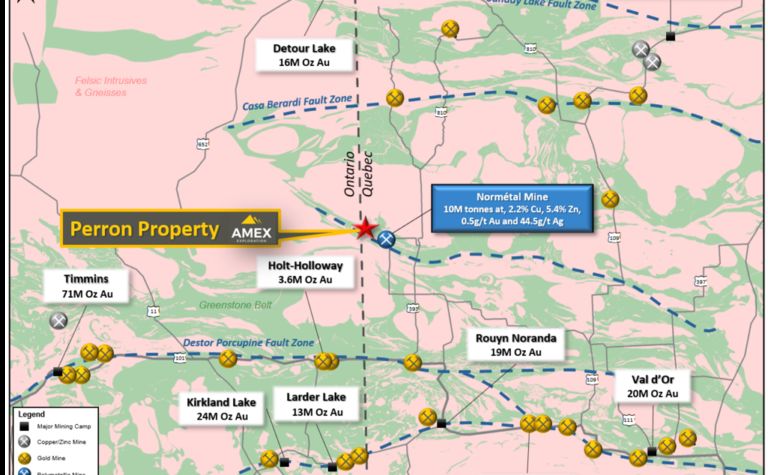 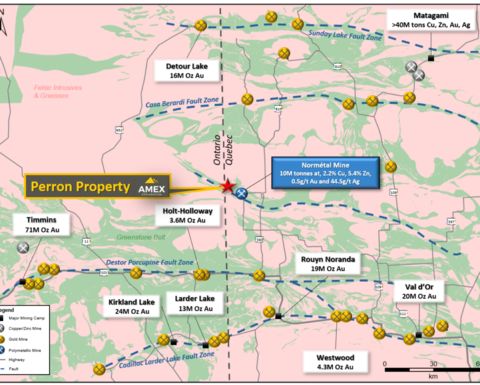 Amex Exploration has doubled its planned drilling at Perron in Quebec this summer to 200,000m

Four drills are currently turning on the Eastern Gold Zone (EGZ), two testing the High Grade Zone (HGZ) at depth, one the near-surface potential of the Denise Zone, and one completing large diameter holes and providing metallurgical test samples.

A fifth rig will go to work on HGZ deep drilling, while the sixth will resume exploration at the Grey Cat and Gratien Zones that are now accessible post the winter breakup.

"We have had great successes this year on drilling the depth and strike extension of the HGZ and look forward to continuing the rapid advancement of this very attractive gold system," said chairman Jacques Trottier.

"We intend to test the potential of connecting the gold zones at Perron. We will be exploring for additional zones both along strike of the known 2.7km corridor of gold mineralisation as well as in between the known zones."

Amex plans to generate a bulk tonnage target if it can establish links between the known gold zones while continuing to drill out higher-grade, deep zones at EGZ and potentially Grey Cat.

The company said a PQ-size drill was helping advance early-stage metallurgical testwork on EGZ material, and to determine how grades held up in known mineralised areas.

The 4,560-hectare Perron property is in the Archean Greenstone Belt of the Lac Superieur structural province, close to the former Normetal copper-zinc-silver-gold mine and the Normetmar deposit and also in a region with epigenetic gold-bearing vein showings. 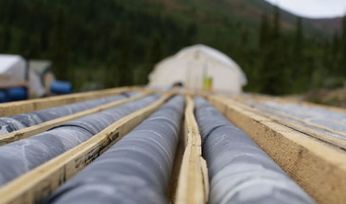 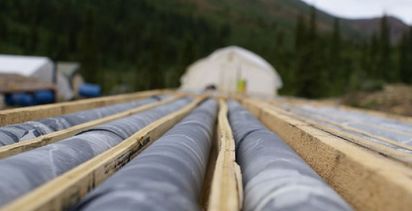