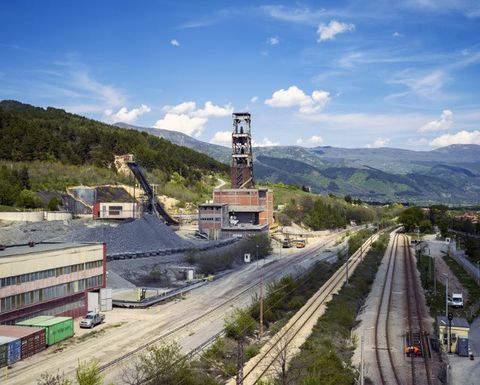 It put net earnings attributable to shareholders at US$48.8 million, well above the $16 million of a year earlier, reflecting strong gold production and cost performance from its Chelopech and Ada Tepe mines in Bulgaria combined with higher gold prices.

"Based on our strong results and our expectations for the second half of the year, we remain on track for another milestone year in 2020," president and CEO David Rae said.

He also commended the team for its efforts in response to COVID-19 challenges.

On a conference call, he said the team at its Tsumeb smelter in Namibia had rebuilt two converters during the quarter, "working with cameras and using iPads and having conversations about quality and how to make certain adjustments," as the company was unable to bring people in from South Africa to do the work due to restrictions.

Dundee said it was well-positioned to meet guidance metrics including production of 257,000-299,000oz of gold and 35-40 million pounds of copper.

It reported an all-in sustaining cost of $729/oz gold and a cash cost per tonne of complex concentrate smelted at Tsumeb of $345/t.

Dundee had declared an inaugural quarterly dividend in February and announced a third quarter dividend, also of 2c, payable in October.

"At quarterly level we believe [this] to be sustainable based on our free cash flow outlook," Rae said on the call.

The company ended the quarter with about $226 million of cash resources, comprising $76 million in cash and an undrawn $150 million long-term revolving credit facility as well as an investment portfolio of $65 million.