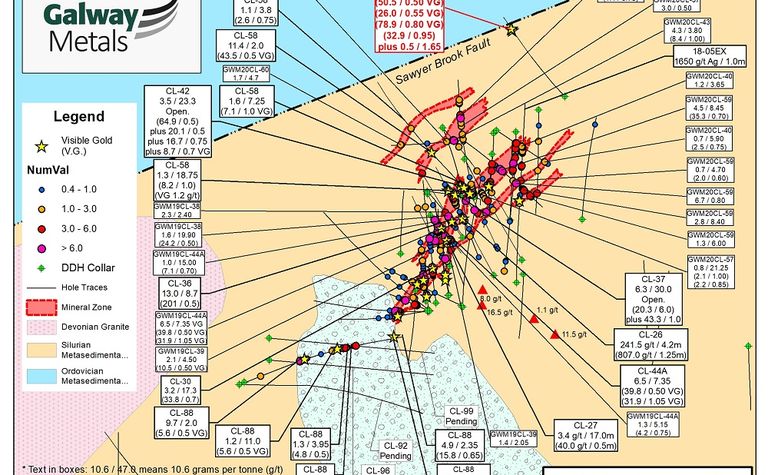 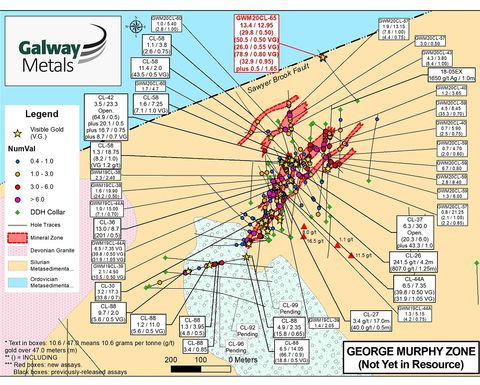 Galway says the drilling extends it overall area of interest beyond the George Murphy, Richard and Jubilee Zones. Based on its proximity to the Devonian Granite intrusive, interpreted to be a key control for the known deposits and the Sawyer Brook Fault which is thought to be a main conduit for gold-bearing fluids, management believes results of CL20-65 point to a new discovery.

"The interpretation of a new zone, in addition to the five known zones, is important and further supports our view that the Clarence Stream project in SW New Brunswick has the potential to be an import new gold district. We expect the stock to respond favourably to the news given the current gold price level and increased interest in junior gold equities," said Laurentian Bank Securities equity research analyst Jacques Wortman.

Galway is currently drilling follow-up holes around CL20-65 aims to do similar follow-up drilling around BL19-38.

With more than C$20 million in the bank, Galway is fully funded through the end of 2021 to complete its 75,000m drill programme at Clarence Stream.

Galway Metals has reported four-years' worth of discoveries at its Canadian Clarence Stream gold pro...