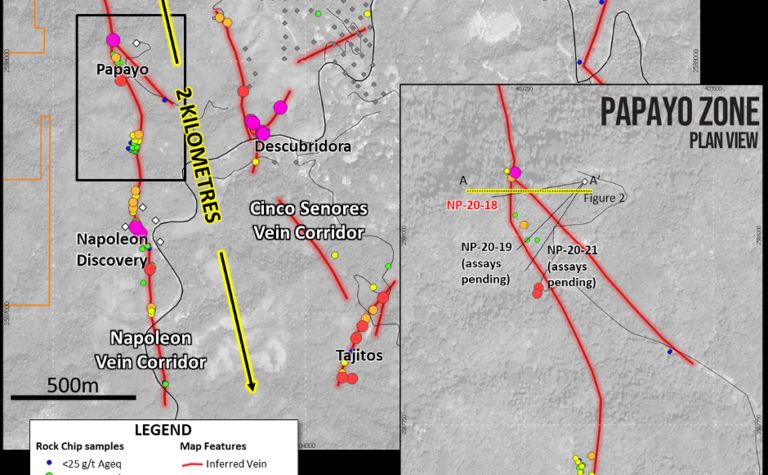 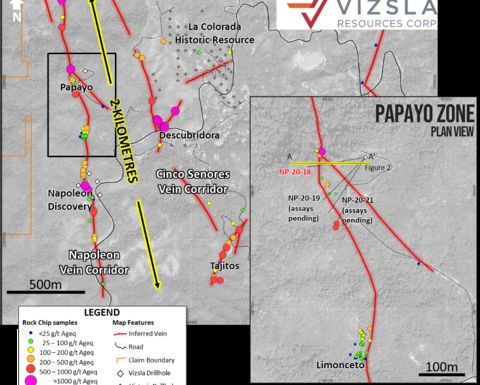 Vizsla Resources has claimed a fourth discovery at Panuco in Mexico

The company says results from the first three of four holes drilled into the Tajitos vein in the Cinco Senores Vein Corridor confirmed a discovery, returning 1,808 grams per tonne silver-equivalent over 4.5m from 75.9m, including 3,581g/t Ag-eq over 1.15m from 78.65m.

The company said the Tajitos vein, 900m south-east of the its Napoleon discovery, appeared to have seen significant mine development but had not previously been drilled.

"The Tajitos discovery is the latest demonstration of the Panuco district's potential," said Konnert.

"Vizsla is in a solid position to unlock significant value in a district that has never seen systematic exploration."

Vizsla remains well funded with more than C$30 million in the bank.

"We are actively stepping out on the four discoveries to expand the footprint of mineralisation at each area," said Konnert.