Riley Gold on the rise

Shares in recently-renamed Riley Gold reached a fresh high yesterday, a month on from a reboot which included striking agreements to gain two more gold projects in Nevada. 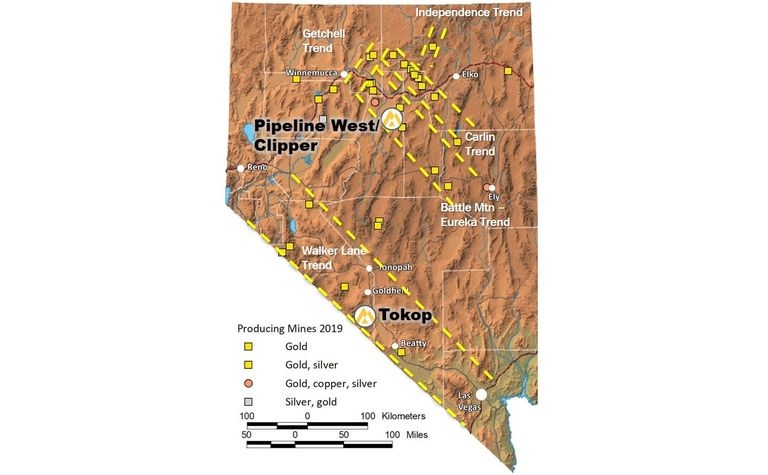 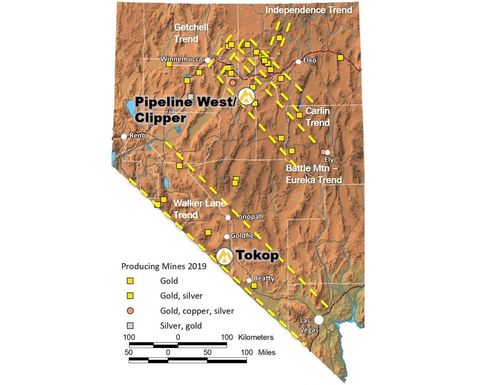 The company was previously Riley Resources and had the early-stage East Manhattan Wash project, also in Nevada.

The company is chaired by founding shareholder William Lamb, who was previously CEO of Lucara Diamond.

On October 1, Riley said it had executed "multiple agreements" to option and acquire the Tokop gold project in Esmeralda county and the Pipeline West/Clipper project in Lander county.

At Tokop, Riley would incur minimum lease payments of US$225,000 and spend $650,000 under a lease and option to purchase agreement with Nevada Mines, which retained a 4% NSR royalty.

Riley also entered a purchase agreement with Ioneer USA for its Tokop claims for $28,000, plus a 0.5% NSR.

At Pipeline West/Clipper, Riley struck an agreement with Desert Pacific Exploration, Minquest and two individuals, with an option to purchase the project by making more than $1 million on lease payments and $2.65 million in work commitments over 10 years.

Riley also proposed the name change and a C$2 million raising, priced at 20c per unit.

The placement was then increased, "due to investor demand", raising just over $3 million.

Riley, which has had little to say in the three weeks since, saw its shares (TSXV: RLYG) soar 26.8% to a one-year high of 45c yesterday, well above the circa 12c of a year ago.