Northern Vertex Mining and Eclipse Gold Mining are to combine in a C$184 million at-market merger to create a gold business focused on western USA. 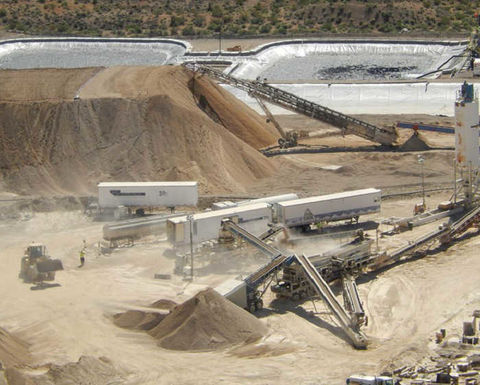 The merger will unite the production and cash flow of Northern Vertex's Moss mine in Arizona with the growth potential of Eclipse's Hercules project in Nevada. Moss produced a record 14,673 ounces gold-equivalent in the September 2020 quarter and generated record revenue of $27 million as it works towards an annual production run rate of 100,000oz.

The merged company will be run by Berry as president and CEO, with Allen becoming EVP corporate development.

"The result of this transaction will be a combined company with a greatly strengthened balance sheet, and an enhanced team with extensive experience growing multi-asset gold companies," said Northern Vertex Mining president and CEO Kenneth Berry.

"We plan to use this new platform to accelerate organic growth opportunities by targeting significant resource expansion at the Moss mine and execute an aggressive roll-up strategy focused on the Western United States."

"Shareholders of the new combined company will now own a platform including two Walker Lane gold projects with multi-million-ounce potential, a producing mine with untapped production and cash-flow growth opportunities, and an executive team with demonstrated success building multi-asset companies organically and through M&A," said Eclipse Gold Mining president and CEO Michael Allen.

The mergeco will also strengthen the balance sheet with a pro-forma cash position of $29 million.

Shares in Northern Vertex Mining are trading at C59c, valuing the company at $148 million.

Shares in Eclipse Gold Mining are trading at 62c, valuing the company at $36 million.