TSX-listed Endeavour Mining has boosted its stake in the Fetekro gold project in Ivory Coast to 80% ahead of a pre-feasibility study due early next year. 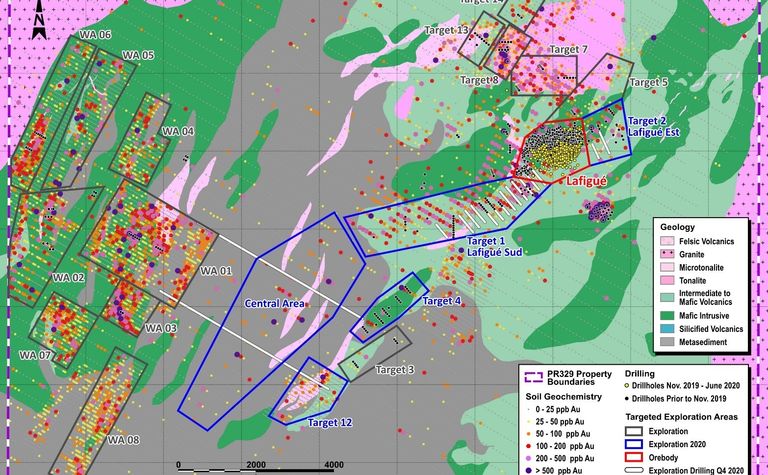 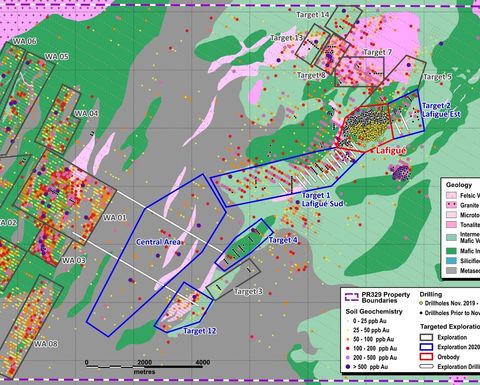 The company has acquired an additional 15% stake in the gold project - on top of its current 65% holding  - from state-owned miner SODEMI for US$19 million.
It will also make contigent payments to SODEMI of $3/ounce for future reserves, based on a gold price of $1,450 per ounce.
Endeavour chief executive Sebastien de Montessus said Fetekro could be "a cornerstone asset for Endeavour … with the potential to produce more than 200,000 ounces per annum over 10 years at low AISC".
The latest resource update for the Lafigue deposit - the primary target of Fetekro - saw indicated resources surge 108% to 2.5 million ounces at an average grade of 2.4g/t, compared with a year prior.
Study-indicated economics of Fetekro, in north-central Ivory Coast within the Oume-Fetekro Greenstone Belt, are solid, with a pre-tax IRR of 37% and NPV of US$372 million based on $1,500/oz gold price, and all-in sustaining costs of $697/oz over an eight-year mine life (with 1.2Moz of indicated resource).
Next year's PFS will be based on the updated 2.5Moz indicated resource and 3Mtpa mill throughput.
The gold project's environmental study has been submitted with receipt expected in early 2021 after which the exploitation licence application will be submitted.
Limited exploration has been carried out on other parts of the Fetekro site although other targets have been identified within 10km of Lafigue, with drilling of just 7,050m carried out, to date.
SODEMI will retain a 10% stake in the gold project as will the Ivory Coast government.
Shares in Endeavour were changing hands at C$30.90 on the TSX on Monday, valuing the company at just over $5 billion.