Agnico Eagle Mines is to buy TMAC Resources in a C$286.6 million deal after the Canadian government earlier rejected a bid by China’s Shandong Gold for the junior miner on national security grounds. 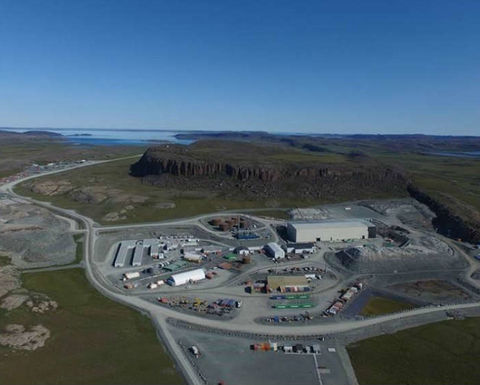 Agnico, one of the biggest gold producers in Canada, will pay C$2.20 per share for TMAC, a 25.7% premium to the $1.75 per share offered by Shandong, and a 40.1% premium to its closing price on January 4. Agnico will also retire TMAC's outstanding debt and deferred interest and fees.

Resource Capital Funds, Newmont, Shandong and all directors and officers of TMAC, who collectively holding about 62.3% of TMAC shares, have entered into agreements with Agnico not to solicit competing transactions.

"We are very pleased to have the opportunity to bring our extensive northern operational and community experience to the Hope Bay Mine and the Kitikmeot Region of Nunavut," said Agnico Eagle Mines vice chair and CEO Sean Boyd.

Agnico operates the Meadowbank Complex in Nunavut which produces about 150,000 ounces a year of gold.

In December, Canada's Governor in Council issued an order under the Investment Canada Act against the Shandong acquiring Hope Bay, due to government concerns about how foreign ownership of assets might impact its territorial claims in the Arctic, specifically around the Northwest Passage sea route between the Pacific and Atlantic Oceans. Canada's government ordered a review of the Shandong transaction in October.

"Our company spent almost the entirety of 2020 under the uncertainty of a strategic review process and the Canadian government review of the sale to Shandong, with an impending debt maturity, compounded by the anxiety of the global pandemic…The acquisition being completed by Agnico Eagle is a great outcome for all stakeholders," said TMAC Resources president and CEO Jason Neal.

Hope Bay is an operation requiring a turnaround as production dwindled in 2020 after operations were reduced in response to COVID-19 measures and more than a dozen people tested positive for the virus. Mine production fell to 18,420oz in the September quarter of 2020 from its usual circa 30,000oz a quarter production rate.

The Agnico acquisition of Hope Bay could also reverberate on Sabina Gold and Silver and its Back River development project in Nunavut. The potential for synergies make Agnico the prime candidate to acquire Back River, with its increased presence in the region through the Hope Bay acquisition potentially scaring-away other interested companies.

Sabina raises funds to secure items, as it aims for project finance

TMAC strengthens board with Thom Boehlert