Junior Newcore Gold has intersected 103m at 0.82g/t gold outside the current resource at its Enchi project in Ghana. 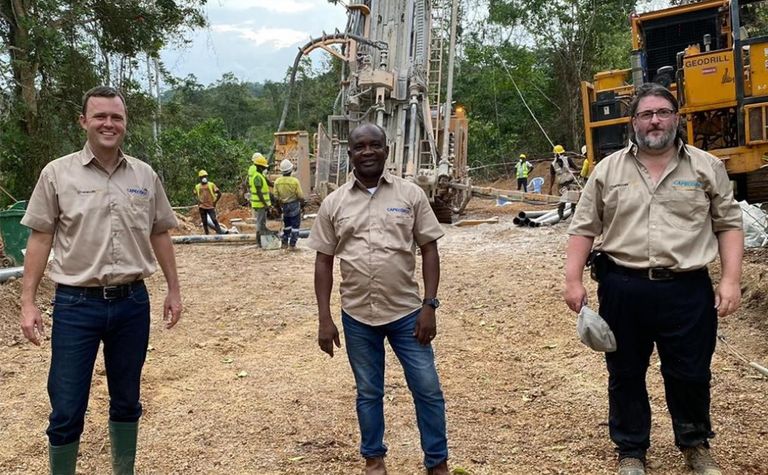 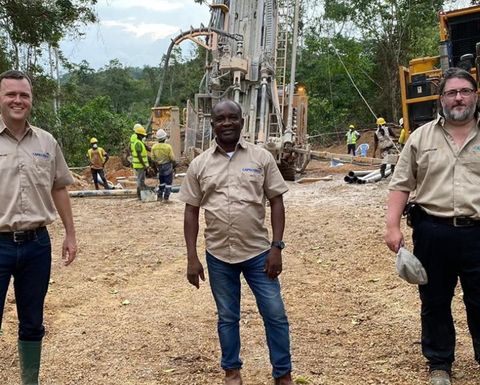 The intercept, from 61m, was from step-out drilling at the Sewum deposit, the largest contributor to Enchi's existing 1.2 million ounce resource.

VP of exploration Greg Smith said all holes at Kwakyekrom had intersected gold mineralisation with the quality and consistency of mineralisation indicating the potential for the target to host a gold resource.

"With approximately 35% of the drill results reported to date, we look forward to confirming the potential to grow the resource at Enchi by both proving out further resource potential at existing deposits and also defining further zones across the district scale property," he said.

A fifth rig was expected to join the drilling by the end of February.

Newcore had updated Enchi's resource to an inferred 52.9 million tonnes grading 0.72g/t for 1.2Moz in September, a 70% increase on the 721,000oz considered in an outdated 2015 preliminary economic assessment.

The company changed name from Pinecrest Resources in an August rebrand.

Kinross Gold, which has the Chirano gold mine about 50km from Enchi, sold its 17% stake in Pinecrest in mid-2020.

Newcore had C$1.5 million in working capital at September 30, then raised $15 million at 80c per share in a bought-deal offering in November.

Its shares (TSXV: NCAU) have risen from about 22c a year ago to peak at 92c in October.