Chesapeake Gold has a big year ahead as it seeks to show that it has a modest cost solution to processing the refractory gold ore at its Metates project in Durango, Mexico, and thus unlock production from more than 25 million ounces of proven and probable reserves. 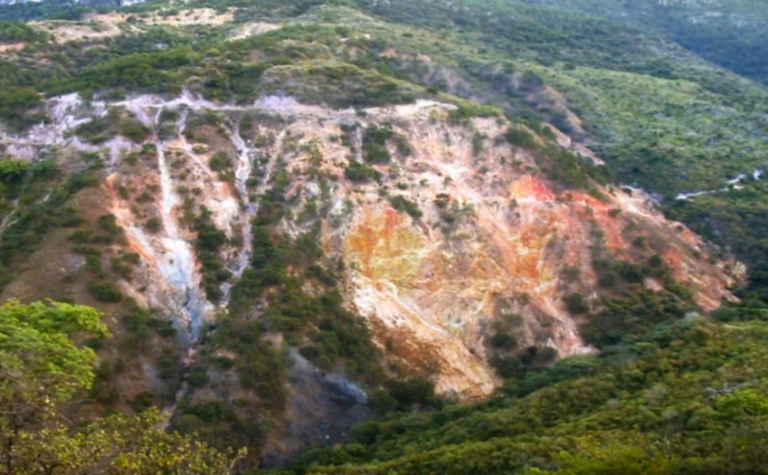 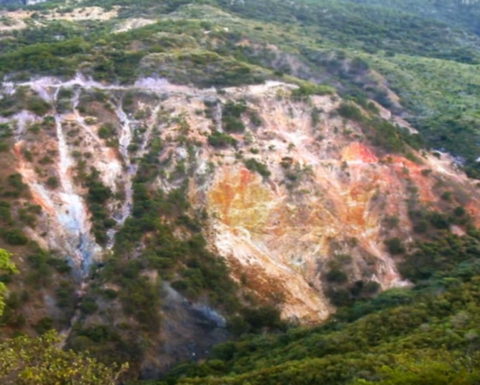 Metates has been on the radar for years, but a US$3.5 billion capex to build a pressure oxidation (POX) process route, had seen Chesapeake sat in the bucket of unfinanceable projects. A landmark deal in December 2020 with Alderley Gold is set to change that, bringing both a sulphide heap leach process route with potential to slash capex and opex, and in new president and CEO Alan Pangbourne, an experienced operator capable of delivering it.

The solution is a low-cost sulphide heap leach and the coming months will see the company undertake 2,500m of drilling to provide material for metallurgical testwork plus the completion of an updated pre-feasibility to outline a 15,000 tonnes per day heap leach option and compare it to the previously advanced POX option.

"POX was never the route. Trying to fund a US$3.5 billion project when you have a C$200 million market cap is pretty tough," Pangbourne told Mining Journal.

The sulphide flotation and pressure oxidation processing route outlined production of 738,000oz/y of gold and 15Moz of silver, with a US$4.2 billion initial capital cost.

Pangbourne's background involves building one of the largest copper heap leach operations in the world for BHP at Spence in Chile, and he sees similarities in how copper and gold processing has evolved over the year to handle different ores. He also relishes a challenge such as becoming CEO of Guyana Goldfields in late to turn around its Aurora mine in Guyana, a task cut short when Zijin Mining bought the company in late 2020.

"Going into a large company like Zijin which has a way better balance sheet that allows them the wriggle room was the right thing as the financial strength that exists in a multi-asset company doesn't exist in single asset company.

"Turnarounds take about 18 months and take time and money. You need dollars in the bank to get from one side of the valley to the other."

Pangbourne said the industry had been leaching oxide gold orebodies for 40 years and more recently copper had gone down the same track. Copper started with oxides and then worked out how to leach secondary sulphides and it was now starting with chalcopyrite.

"What is leaching trying to do? It is trying to destroy the sulphide lattice by oxidizing them, so what is the chemistry set that? Sulphides don't want to be sulphides," Pangbourne said.

"Air and water readily start to oxidise them, which is why we get acid rock drainage. We want to let it happen in the process part and accelerate it. The second concept is that size is inversely proportional to time. A massive boulder take years to oxidise but if I have bug dust it goes a lot faster.

"Investors don't want to wait 40 million years so companies have crushed and ground ore put it into an autoclave."

The key to leaching is controlling the physics and chemistry, and typically the copper industry favours a half-inch crush as optimal for then adding reagents to deliberately oxidise the sulphides, and then recovering copper using an SX-EW plant.

The clever bit, and why Chesapeake did the transaction with Alderley, is to get access to the right chemistry set and the knowledge of how to use it, which means managing the pH in the process so that it does not have big swings.

"You don't want a large pH change as you get precipitation which blocks your chemistry. We start with alkali at pH 10.5 and stay there so we don't get the large uncontrolled precipitation event that stops the chemistry," said Pangbourne.

Leaching will increase the recovery time compared to POX — and determining the recovery time is a key focus of the upcoming metallurgical testwork — but it does wonders to project economics. "The capital drops from $100,000 per tonne to $8-10/t while the opex falls from $38/t to $10/t," said Pangbourne.

Comparing the flow sheets of the respective processes makes it easy to see why as the heap leach process is much simpler with fewer moving parts. "From a COO perspective, simplicity and boring are good as it is easier to manage operate and control," said Pangbourne.

In addition to shaving billions off the initial capital, leaching will dramatically reduce energy consumption, water consumption and greenhouse gas emissions. "Autoclaves are probably the worst environmental emitters out there to produce gold. A heap leach has a bigger physical footprint, uses way less power and water and there are no tailings," said Pangbourne.

Another development Pangbourne is borrowing from the copper industry is to start with a modest initial development, get it working as it is designed to work, and then expand.

"We have a couple of hundred million tonnes of higher-grade intrusive material which gives us 37 years of production at 15,000tpd," he said.

"So like with copper, we will start off small and then build for next 15 years like Escondida. This has a much lower risk profile, results in a project that is financeable, deliverable and operable by us, and then expandable."

Shares of Chesapeake Gold are trading at C$4.24, valuing the company at $235 million.