Troubled producer Americas Gold and Silver was upbeat this week as it recalled workers and began reopening its Cosala operation in Mexico. 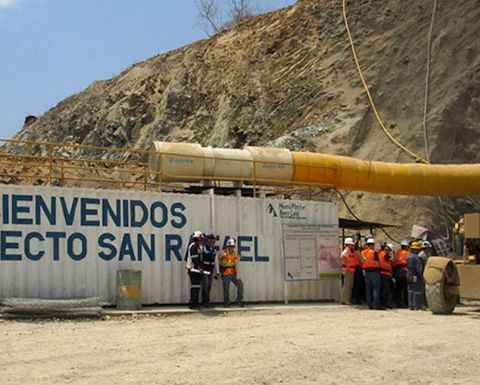 The mine had been shuttered due to an "illegal blockade" since February 2020.

The restart comes a month after the company (TSX: USA) suspended its Relief Canyon mine in Nevada due to ongoing metallurgical challenges and to prioritise capital for Cosala's reopening.

USA had reached an agreement with authorities to reopen Cosala in July and said yesterday it now had unobstructed access to both the mine and mill.

USA said government inspectors had physically inspected the San Rafael mine and Los Braceros mill and reviewed the restart plans, which validated the existing safe conditions at the operations.

"Given the favourable conditions of both the mine and mill, new mine production and concentrate is expected to start shipping in October 2021," it said.

It plans to target higher-grade silver ores in the upper zone of San Rafael and develop the silver-copper EC120 project, boosting silver production to more than 2.5 million ounces annually.

"Coupled with the exploration success at the Galena Complex in Idaho, where the company is targeting to reach peak historical annual production levels of approximately 5Moz per year, the company expects to significantly increase silver production over the next few years," USA said.

The company reported a net loss of US$17.8 million for the second quarter, mostly due to the Relief Canyon ramp-up.

Americas Gold and Silver aims for top of guidance