Gold Mountain Mining is targeting commercial production next month after announcing it was thrilled to receive “the first gold mining permit in British Columbia in nearly a decade”. 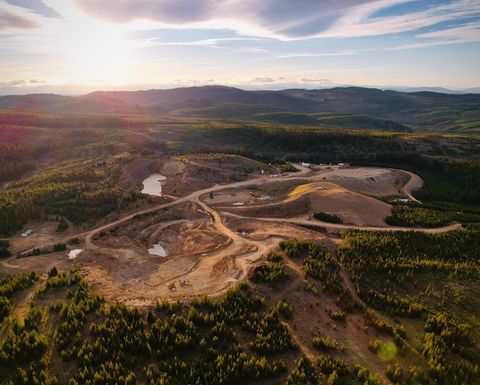 The company said it would start mining the 1100 and 1300 vein systems in historical pit 2 at its Elk project and aimed to deliver its first shipment in November to ore purchase partner New Gold at its New Afton mine 133km away.

CEO Kevin Smith said it was "extremely rare" for a junior to evolve from exploration into production, adding for Gold Mountain to achieve it after being public for only 10 months was testament to management's focus and commitment.

"We would like to thank our shareholders for believing in the project and continuing to support us while we transition into BC's next gold producer," he said.

The company is anticipating cashflow this quarter.

It was planning to target some of its highest-grade mineralisation in the first year, which was expected to result in an after-tax profit of C$10 million.

According to an updated preliminary economic assessment mid-year, initial capex was put at $9 million for a mine producing 19,000 ounces of gold annually in years one to three before expanding to 65,000oz annually with an underground operation in years four to 11.

"All capital costs of approximately $9 million are captured in Year 1 of operations, which results in a positive cashflow of $27.2 million," the company said at the time.

"To calculate the IRR, the NPV is set to zero. Since there is no negative cashflow that precedes the positive cashflow, IRR is not calculable."

Yamana gets permit for Jacobina expansion