Miners and community members have delivered demands to the Blyvoor gold mine in South Africa over continuing concerns about conditions. 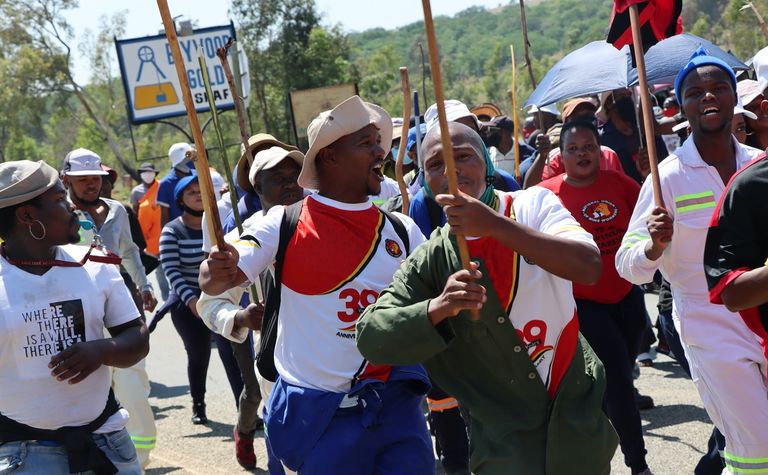 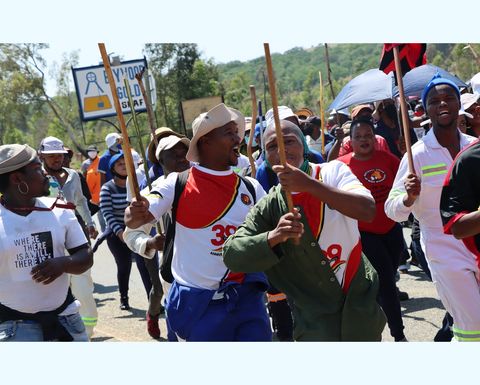 The National Union of Mineworkers said protestors walked about 10km in scorching heat to deliver a memorandum to Blyvoor, demanding the company re-employ them, improve socioeconomic conditions and "stop its union bashing tactics".

The mine had been temporarily halted in April due an "illegal blockade", just after a rebuild and restarting production.

Tensions had been simmering since the March 2 murder of Wels Sempe, a company director who was also leader of the Blyvoor Workers' Union, according to a local media report.

The mine was said to be the world's biggest gold producer in 1951.

DRDGold sold its 74% stake in 2012 in what was then the Blyvooruitzicht Gold Mining Company to Village Main Reef but the mine was hobbled by industrial action, safety stoppages then liquidity issues and closed.

It was bought in 2015 by Blyvoor Gold, a company founded by Peter Skeat and Richard Floyd, who redeveloped the mine.

Blyvoor has a streaming deal at US$572 an ounce with Nomad Royalty Company, which received its first gold delivery from the mine in the March quarter.

The Blyvoor stream contributed $94,000 to Nomad's $2.1 million gross profit for the September quarter.

The mine has a 22-year mine life based on its 5.5 million ounce reserve, and is forecast to produce an average annual 242,000oz at $570/oz all-in sustaining costs, according to a technical report announced by Nomad in June.

Nomad wanders 'a bit' below expectations in Q1

Company claims record production at Blyvoor gold mine in April