Sibanye-Stillwater has issued an urgent appeal to its South Africa gold employees to avert strike action, ahead of a meeting today over stalled wage talks. 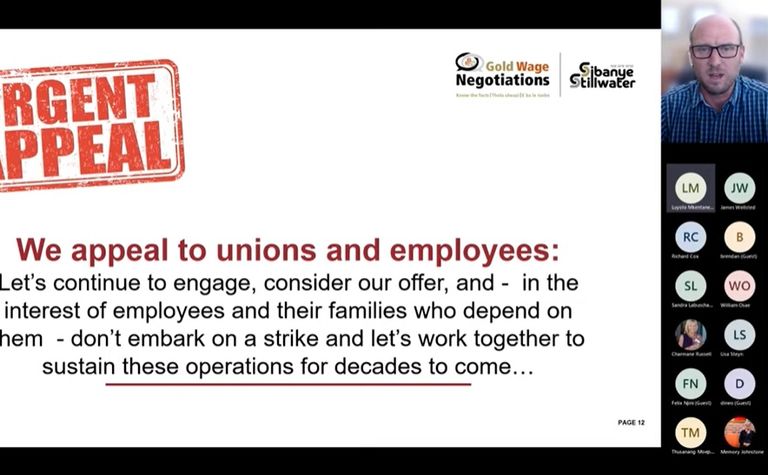 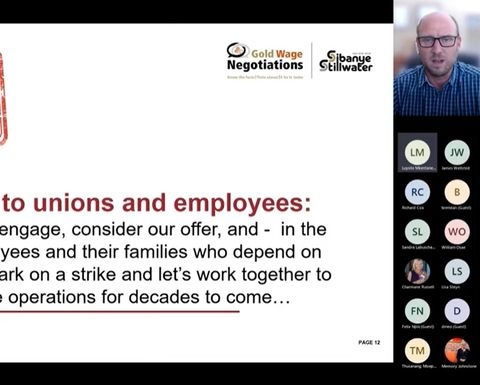 The company (JSE: SSW) said the unions' demands would erode its narrow margins and threaten the sustainability of its gold unit, which employed about 31,000 people.

SSW has reverted to a previous offer after the Association of Mineworkers and Construction Union, National Union of Mineworkers, Solidarity and UASA could not reach agreement on its fifth proposal.

The miner is due to sit down with four unions under the auspices of the Commission for Conciliation, Mediation and Arbitration to agree on picketing rules. The CCMA will then inspect proposed picketing sites, and has extended the conciliation process to December 21 after talks ended in deadlock on November 24.

It said labour and electricity currently comprised 49% and 20% of operating costs at its gold operations.

Stewart said the unions' demands would add about R90,000 per kilogram to the company's all-in sustaining costs over the next three years.

"When you consider that our year-to-date AISC are approximately R820,000/kg on the operations we are currently negotiating for, and that the average gold price for the year-to-date has been around R838,000/kg, these demands are clearly not sustainable," he said.

The company's gold business had been hobbled by a five-month strike over failed wage talks three years ago.

"The next step in the process is for the CCMA to issue a certificate of non-resolution," Stewart said in the recorded address.

"And that doesn't mean that we have to stop engaging.

"But essentially what it does do is allow either party to consider a strike or in the face of the employer, a lock-out."

It's understood strike action is not expected until after the Christmas break.

The company also has platinum group metals operations in South Africa and the US and created a battery metals portfolio this year.