Yamana Gold (TSX: YRI) has poured first gold and silver and reduced cost estimates at its newest mine, Cerro Moro in Argentina, as the ramp-up continues “well on track”. 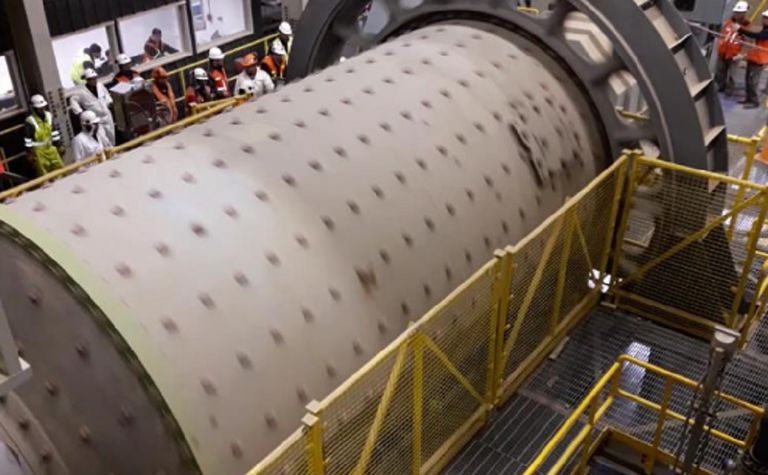 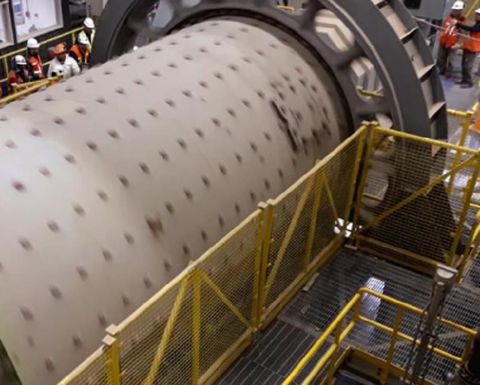 The ball mill at Cerro Moro

The company sent the mine's first ore to the mill in April and poured its first gold and silver dore on Tuesday.

Yamana said although its primary focus was on the continuing ramp-up, with commercial production expected this quarter, it was already looking to optimise the operation.

It also reduced its estimated co-product all-in sustaining costs for silver from $9.15/oz to $8.85/oz for this year and next.

It is aiming to produce 85,000oz of gold and 3.75Moz of silver this year with production weighted to the second half.

Yamana said it had achieved a six-week stockpile of ore ahead of schedule and above planned grades, of 42,300 tonnes at 21.5g/t gold and 995g/t of silver, giving added flexibility to the mine plan.

It recently increased its 2018 exploration budget from the planned $9 million to $11.2 million as it aims to discover a new inferred mineral resource by year-end, and add 1 million gold-equivalent ounces to Cerro Moro's inventory in the next few years.

"With the exploration effort to date, the company is now considering ahead of original plans investing in a connection to utility power which would further improve costs," Yamana said.

The established gold and copper miner had cash and equivalents of $129.3 million at the end of March.

Shares in the company closed down C4c yesterday to $3.56 and are down just over 9% year-to-date, capitalising it at $3.38 billion.