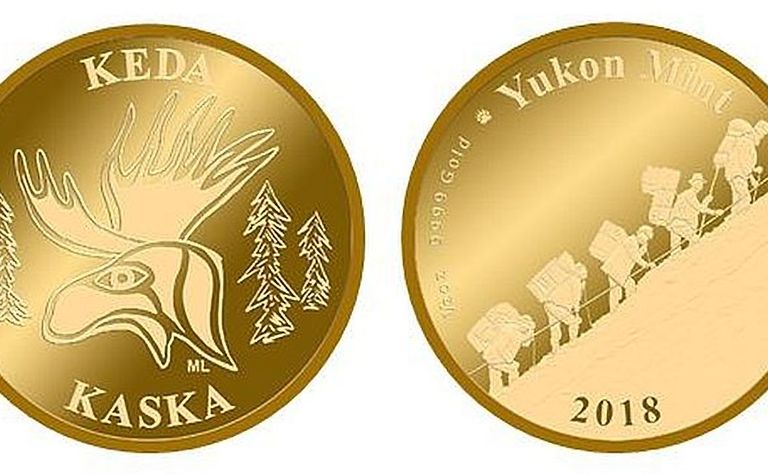 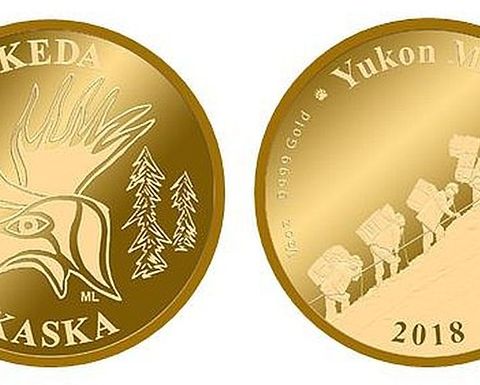 McEwen is one of GPY's largest shareholders and the purchase reflected the first gold coin produced in the Territory.

The .9999 purity 2018 Kaska ‘Keda' (Dene for ‘Moose') gold coin depicts the winning artwork of Kaska Nation artist Miranda Lane, on both a series of 180 one-ounce and 140 half-ounce coins, which will be available for sale in limited edition, starting on Canada's National Aboriginal Day, to be observed on June 21.

A percentage of the net profits from the sale of the coins will be shared with the Kaska Nation.

Golden Predator says the Yukon Mint gold coins will be part of a limited yearly series of First Nation art on the obverse side of the coin, selected through design contests, and combined with the iconic image of Klondike Gold Rush stampeders on the reverse. Each coin has been engraved with a security feature to ensure its authenticity.

Golden Predator says gold produced from its flagship 3 Aces project bulk sample of 2016 is incorporated into the coins. The bulk sample material comprising 776 metric tonnes of ore was processed at the company's test facility using water and gravity only, without the use of chemicals, and produced 953.4oz of gold, with 199oz of gold remaining in the tails.

Golden Predator recently undertook a 4,000m diamond drill campaign at its 3 Aces project, in south-eastern Yukon, stepping out and testing continuity along favourable stratigraphic-structural contacts along the Hearts-Clubs corridor and from the Spades area. Bulk sampling of the newly drilled areas in the Central Spades zone is expected to start this summer.