"There are more driverless vehicles in WA than California"

Interest in mining jobs and the opportunities on offer through technological developments were evident at an industry gathering in Western Australia yesterday. 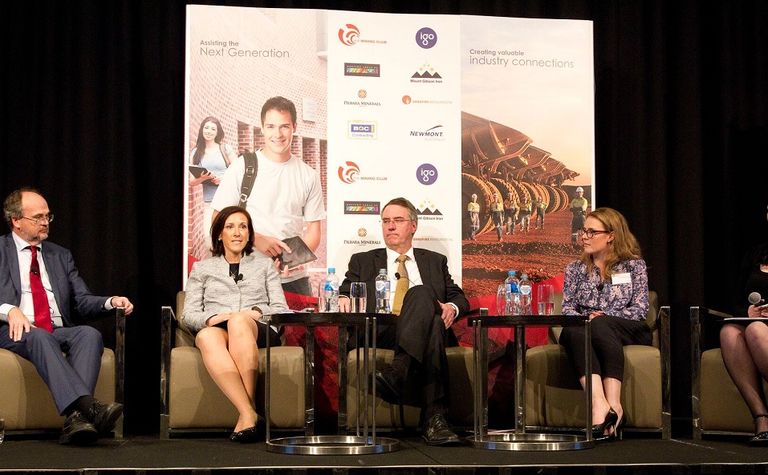 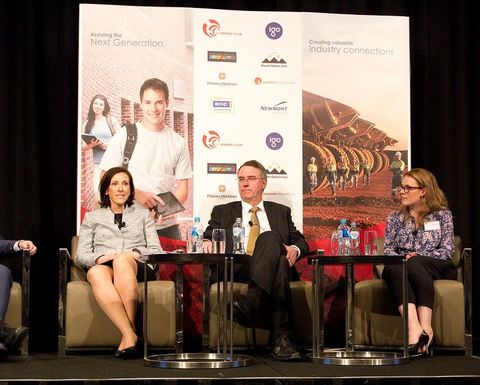 Speaking on the sidelines of a WA Mining Club lunch, Mount Gibson Iron CEO Jim Beyer told journalists the company had received 1,700 applications for 130 positions as it moves to restart its Koolan Island iron ore mine, which will be Australia's highest-grade DSO operation.

He reiterated the cashed-up company was looking for acquisitions, with a preference for Australia and North America, to extend beyond Koolan which has a 21Mt reserve at 65.5% and a mine life of more than five years.

The WAMC had earlier awarded a record number of nine scholarships at the function, taking the total to 65 provided by the club since 2003.

This year's winners were whittled down from 407 applications from 169 students, triple the number of last year's applicants.

WA mines minister Bill Johnston said it was important to encourage young people into the industry and noted the state was a leader in applying technology to the mining sector.

"There are more driverless vehicles in WA than in California," he told the gathering, referring to automation on mine sites.

He said Perth was a technology city, being driven by the resources sector, and it could be a global METS hub.

In a wide-ranging panel discussion, Beyer said he did not think there had been a digital revolution in mining but an evolution, saying the sector had long embraced technology to compete in the global market.

Newmont Mining human resources group executive Laura Garran said it was important to have a technology strategy to find what could add value to business, so companies weren't "jumping at every shiny object".

"Global teams have to use technology as an enabler," she said.

"Apple and cobalt [its pledge to improve conditions in its supply chain] is just the tip of the iceberg," she said.

She said she was attracted to the industry by the scale of infrastructure, the problems that could be viewed as exciting opportunities and the multiple possible career pathways.

Garran said the profile of the industry had "come a long way" since she joined nine years ago and was asked why she wanted to work in mining because "it's dirty".

"You don't have that so much now," she said.

Company aiming to scale up production