Women still fill less than one-fifth of the leadership roles at global mining companies, analysis of executives and board members by S&P Global Market Intelligence has found. 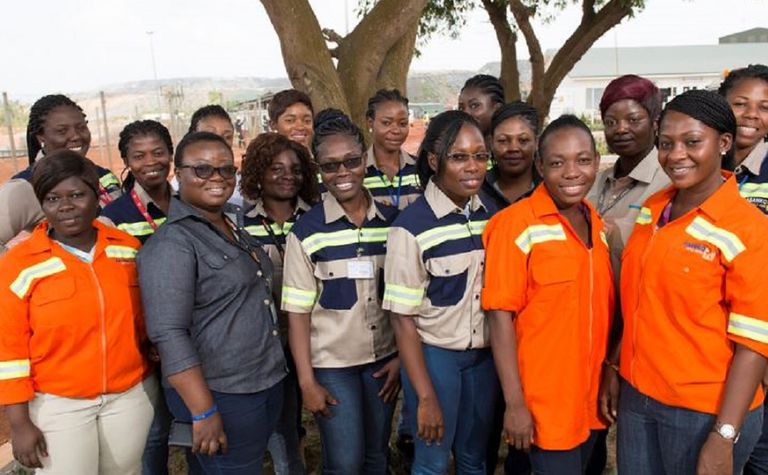 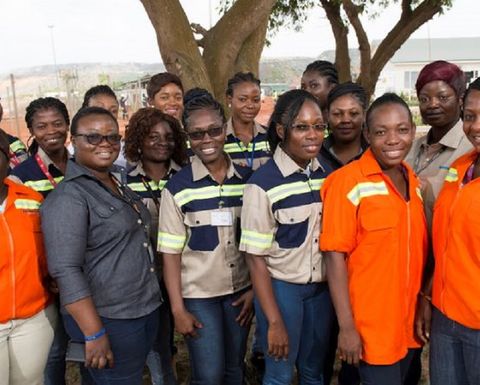 Women employed at the Asanko gold mine in Ghana

Gender diversity has increasingly been a focus for investors screening for environmental, social and governance (ESG) factors and has long been a challenge for the mining sector.

However, today, women make up just 14.9% of mining companies' executive ranks, 18.1% of the industry's board positions and 13.2% of the sector's C-suite executive roles, according to the analysis of company data.

The low rate of women in leadership roles is one of many ESG challenges the mining sector faces, according to S&P Global.

In February, S&P Global Ratings published a report card on the sector's ESG matters, noting the sector faced above-average exposure to environmental concerns and that social tensions frequently arose due to inherent risk and the potential rewards for communities that granted mining companies the social licence to operate.

Miners have been working to improve their rates of female employment across the board. For example, Vale SA recently set a goal to double the number of women it employs from 13% to 26% by 2030.

Colorado-based gold miner Newmont said in its 2019 sustainability report it had missed its enterprise wide target of a 16.1% female workforce, but noted much of that was attributable to its focus on a major acquisition.

Still, the company identified achieving gender equality as a critical part of tackling the challenge of "retaining and attracting top female talent in the mining industry".

While women only fill about 12.9% of the C-suite positions in Europe and 11.5% of the C-suite roles in the US and Canada, they are more likely to have better representation in executive roles more broadly and on company boards, according to the analysis. Still, just 21.5% of mining company board members are women in North America.

While the Latin America and Caribbean region has lower rates of women working in top positions in the mining sector, African mining companies rank the highest for women working in executive positions broadly and on company boards and in the C-suite.

S&P global said there was often a relatively small pool of experienced women to select from a company's ranks in the mining sector. In the US, women made up just 15.8% of the workforce in mining, quarrying, and oil and gas extraction industries in 2019, according to the US Bureau of Labour Statistics. The Minerals Council South Africa estimated that women accounted for 12% of the global mining industry workforce in 2018.

S&P Global Market Intelligence's analysis is based on its database of people data for 262 companies in the global mining industry.

Many boards lack the diversity of background and membership turnover to bring fresh ideas.

When black is the new gold