With an active lineup of catalysts in the coming months, project developer Filo Mining (TSX:FIL) is contemplating a contemporary trend — talent acceleration. 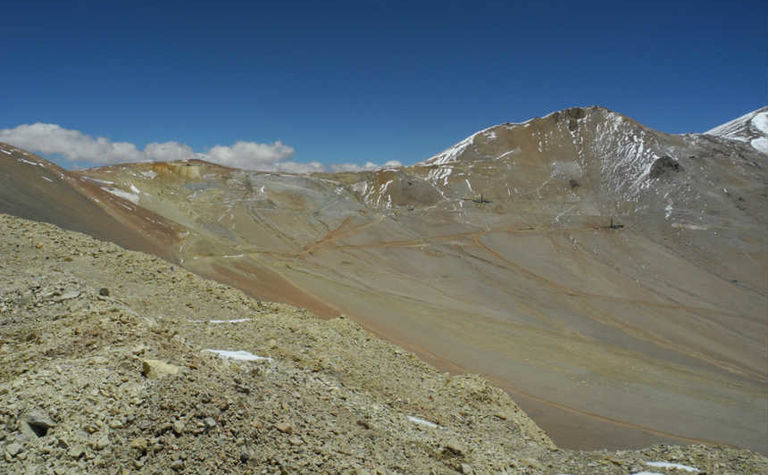 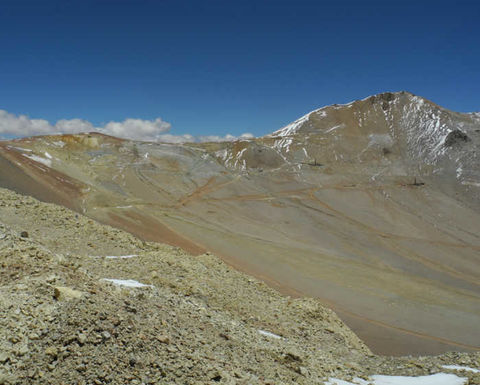 The company is potentially entering a growth period in the not too distant future, making it imperative to contemplate talent development strategies in Chile, where its significant Filo del Sol gold-copper desposit straddles the Argentina border.

It is continuing work on a prefeasibility study (PFS) to propel the  project further along the value curve.

"We are in a league of our own," CEO Adam Lundin told Mining Journal.

At 31 years old, Lundin is one of the youngest C-level executives in the mining industry and follows a distinguished path that placed his father and grandfather into the halls of mining-industry fame.

Lundin took the reins at Filo in September 2017. He joined the strong technical team that was largely kept intact from NGEx days, before Filo was spun out in August 2016.

Speaking on the sidelines of the Precious Metals Summit at Beaver Creek, Colorado, Lundin said it was a given that growing up in the Lundin family, mining was something that would have always been close at heart.

Encouraged by the successes of his forebears, Lundin followed in their footsteps and Filo was the perfect opportunity to prove himself in the family business. He spent several years working as an investment banker in London and said he wanted to earn his own salary and first learn to stand independently before moving into mining.

While Lundin is yet to create a managerial talent acceleration programme at Filo, he views it as a critically important aspect of his mining strategy to get young people involved.

He recalls doing numerous summer mining jobs in his youth, which cemented his love affair with mining.

The Lundin family owns 28% of Filo and remains the largest shareholder, with the board and management owning 5%. It also enjoys strong support from institutional investors in London and Sweden, and a strong retail base in Vancouver, according to Lundin.

So critical is the issue of talent acceleration, that it is a critical action item for the Lundin group of companies. It features prominently on the agenda of the group's upcoming summit to be held in Paris.

"We take on interns every year. We view it as a very important aspect of creating a sustaining mining model," he said.

Lundin is excited about the talent development potential in Chile and Argentina. "There is a lot of talent you can pull up in leadership acceleration programmes. We will be looking at establishing such an initiative at Filo in the coming months."

Lundin is excited about fast-paced catalysts he says lie ahead.

They include a bulk metallurgical update in the December quarter and a PFS in January. The company also plans deep porphyry drilling below the known resource, with results due out in March.

A recent resource update at Filo del Sol had set the stage for the company to complete a PFS. He would feel comfortable at a "realistic" internal rate of return of 25-30% for the PFS.

Lundin explained the focus to-date was only on the oxide zones, with little consideration given to the porphyry zone. Filo's resource currently only comprises a gold oxide zone, a copper-gold oxide zone and a silver zone.

An August mineral resource update had successfully converted about 71% of the inferred resource to the indicated category, feeding in to the PFS. The update lifted the indicated resource tonnes 14% to 425.1 million tonnes, with contained gold volume rising 12% to 4.4 million ounces of the yellow metal.

Indicated contained copper in all zones rose 12% to 3.1 billion pounds, while the indicated silver resource over all zones was up 34% to 147Moz.

The 9,400m infill drilling in the 2017 field season resulted in a significant number of core samples recovered to help with metallurgical studies currently underway, which would also feed into the PFS.

Lundin is upbeat about the potential for resource expansion at depth and next to the deposit. All holes drilled to date end in mineralisation and is telescoped, very close to the porphyry. "We'd try and drill deeper to identify what lies below and what grades in the porphyry we're talking about," he said.

"The blue sky for us has always been the porphyry underneath. You have a big system above and when we are thinking about drill targets for the porphyry, the bottoms of our previous drilling provide ample clues for where to look next, such as 40m at 1% copper."

"We feel like we're in a good place because we're sitting on a growth asset."

"We're in a fortunate place, owning 100% of the project and with no royalties or streaming deals. We are in a league of our own with no real comparables out there today. We have polymetallic oxide resource overlapping a porphyry copper-gold system. It really does not get better than this."

Lundin's Vicuña moving into the spotlight