Jonathan Buick likens the gold exploration scene in Idaho to Nevada 30 years ago, but it’s clear some parts of the state can take today’s geologists on an even bigger trip back in time. For modern prospectors such as the Buick-run junior Idaho Champion Gold Mines (CSE: ITKO) there is a lot of upside in that type of scenario. 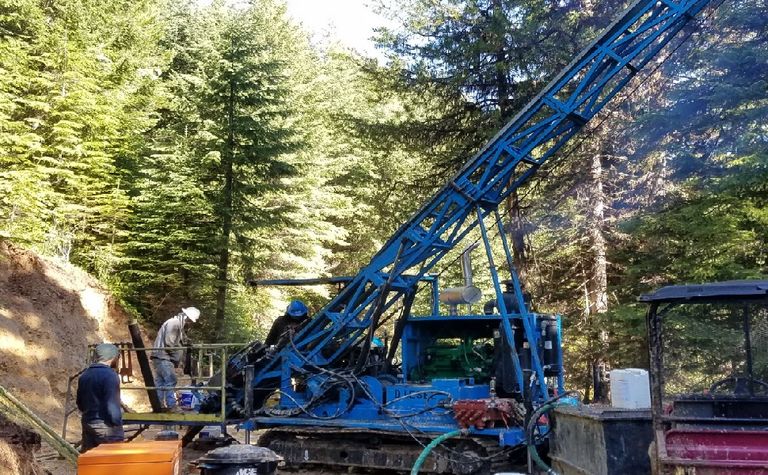 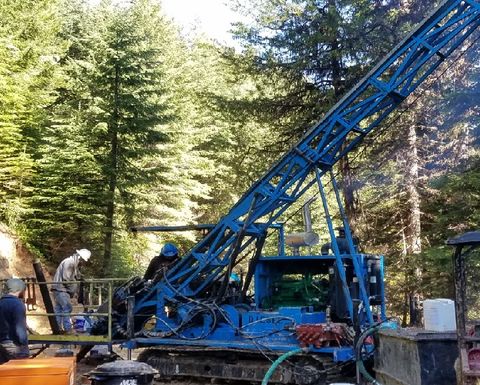 Idaho Champion's main focus is Baner in the Crooked Creek area, near the small town of Elk City, where a mini-1800s alluvial gold rush yielded about 1.5 million ounces. Limited probing into the rocks beneath the placer gold in the district, via shallow adits, offered glimpses at the potential for large, shear-hosted vein-type gold systems.

But private ownership of much of the land has kept new and certainly any systematic exploration at bay.

"This [Baner] is a project that's been owned by the same family since 1892," Buick told Mining Journal.

"We bought it from the family two years ago.

"In the 1920s the patriarch had been pulling out significant grade - two-thirds of an ounce gold plus a bunch of silver - from 11 adits.

"But it's never had modern exploration done on it."

Other small companies are starting to unpick historic locks on claims in a similar way, with Nasdaq-listed Endomines AB commencing small-scale production from the Friday mine, about five miles south-east of Baner near Elk City, at the end of 2018, and Idaho-based New Jersey Mining continuing to build its land position around Eastern Star, one of a number of historic mines on the 40km-long (up to 3km wide) north-south-trending Orogrande shear zone (OSZ).

The companies have in common their focus on high-grade quartz-vein gold systems in the district, with stepped-up exploration activity ranging from widespread sampling, mapping and new surveys, to drilling and in the case of Endomines underground development.

"Modern exploration in the district by companies including Cypress-Amax, Kinross Gold, and Bema Gold has focused [during the 1980s and 90s] on near-surface bulk tonnage potential, while the many smaller-scale high-grade gold occurrences have largely been ignored," New Jersey says.

Idaho Champion Gold's maiden drilling campaign at Baner returned decent-width shallow intercepts of 0.5 gram per tonne up to more than 8gpt in 19 holes and 5,000m of drilling last year. It added six claims covering about 420 hectares at Sally, adjacent to Baner, towards the end of 2018. Buick said the Sally claims gave the company about 2km of additional "north-south strike" along the OSZ and included old underground workings at Black Lady and Lucky Strike.

"With the acquisition of the Sally claims we now have one continuous block of ground on the eastern side of Deadwood Mountain … with a drill permit [for Sally] in the late stage of permitting [covering] 19 drill sites with potentially 2-3 drill holes per site that will be drill targets in 2019".

Idaho Champion Gold wants to drill another 5,000m or so this year, starting around April, on the Baner-Sally line with the aim of posting an NI43-101-compliant resource early next year. The company previously said gridded soil sampling and airborne and ground-based geophysics, and rock sampling, at Baner showed widespread gold and silver values with the "potential to form an economic deposit".

Baner and other OSZ ventures are typical of current projects in different parts of Idaho that are seeing modern exploration approaches and thinking applied in areas that produced a lot of past gold and silver from mines built with economic drivers that wouldn't necessarily work today.

Idaho Champion Gold is, like others, hunting for multi-million-ounce gold deposits and believes its big land package at Baner has the capacity to produce something of that scale.

"I believe that we have only scratched the surface on our first exploration program at Baner," said Buick.

"We made a new gold discovery and encountered great initial grades in the highly oxidized zones near surface. There was good continuity in the holes and because of the quality of the intervals and fact they were increasing in length as well as grade [to the north], it made sense to pursue that [into Sally]. The further north we got the shallower [the drill intercepts] got and the higher the grade.

"We've also got even better soils and similar indicators from IP in a zone parallel to Baner called the Angel zone … about 500m to the west, that we think is a target of substance.

"We've got over 4,000 hectares of ground at the Baner so it's going to take time and money to get us through that.

"As a management team we've been and out of Idaho since 2003, so we had some good community relationships and some locals who had been very supportive of our efforts … and it's through those [that] we picked up the Baner based on our understanding of what came out of the adits and also results of some sampling within the adits, and the soil sampling on top. Between that and the proximity to all that past alluvial production, it made sense to make that [area] our focus."

Elsewhere in Idaho, Idaho Champion Gold has ground covering the old Bema Gold heap leach operation at Champagne near Arco, and also about 6,900 hectares of claims on the Idaho Cobalt Belt.

Baner, though, will remain the primary focus this year as the company looks to post a meaningful resource number.

"It's a project that had never seen modern exploration," said Buick.

"We had a very successful initial drill program. 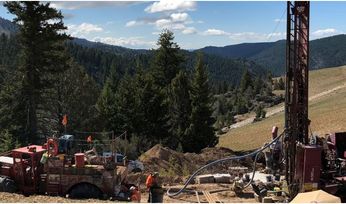 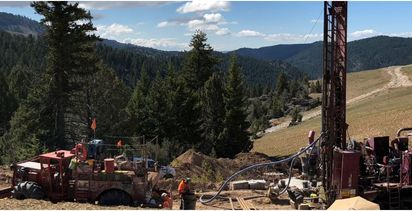 Veragold gears up for Panama production