B2Gold is well priced for a deal in gold's new M&A phase, but boss Clive Johnson has reiterated the company has its own big plans to grow while staying focused on building value and shareholder returns. Both the Barrick Gold-Randgold Resources and Newmont Mining-Goldcorp deals were driving renewed investment interest in the sector, the CEO told Mining Journal.

"It was intriguing there were no premiums to talk of. While Barrick-Randgold had no premium, the 17% premium Newmont offered for Goldcorp evaporated that first day back on the market," he said.

Johnson welcomed the no-premium trend as something that both protected B2Gold from unsolicited advances and opened doors to potentially accretive M&A action of its own later this year.

"I like the idea that major premiums are out of the market now, and I think they'll be out for a while," he said.

Johnson said other recent large-premium deals such as Pan American Silver's US$1 billion all-scrip buy of Tahoe Resources (35% premium) were anomalous, since Tahoe had performed so badly, Pan American could afford to offer a large premium and still make it an accretive deal.

"But if you look at our situation, we built the company from zero to about C$4 billion in market capitalisation in 10 years, with currently just under 1Moz/y at AISC of US$758/oz; we're not interested in being taken over.

"We grew from 32 employees to more than 5,000 employees today working at our five mines around the world. We don't see any reasons why we can't continue to successfully grow the company.

"The 51% year-on-year production increase last year marked the 10th consecutive year that B2Gold achieved record production. No one else can say that.

"We weren't interested in selling Bema Gold to Kinross Gold back in 2006 either, but we weren't going to stand in the way. It's ultimately our shareholders' decision.

Johnson does not believe any major would offer a 30-40% premium for B2Gold in the current market, since that's no longer the ‘deal de jour'.

"Even though I'd argue we are worth that, any suitor would probably be heavily criticised for such a move."

Johnson said he believed B2Gold's shareholders were happy with what the company had achieved to date. "We think we deserve to trade higher, since we've not received full recognition for the success at Fekola (in Mali) at a time when few other companies were building large mines.

"Very few of our shareholders would be interested in a non-premium or small-premium deal, because when you like management and have a strong pipeline of growth projects, which we have, it wouldn't make sense to take any sort of paper for that."

He further liked the fact no premiums were in vogue because that meant smaller companies wouldn't expect those traditional big premiums either.

"Should the executive teams of single-asset companies or smaller developers with a few reasonable projects in their portfolios be responsible to their shareholders, they would potentially consider a non-premium bid by someone like B2Gold, because of what our combined executive experience of 250 years could do for them in terms of value add.

"I think it will be interesting to see what becomes available as the year progresses. According to some analysts, we are trading at 1.2-1.4x NAV, whereas most smaller companies are trading at 0.5-0.8x NAV. Most companies may not have the capability to grow as we've done and their shareholders would like to see some M&A so they can get some growth in exchange," he said.

Johnson suggested B2Gold had outshone its peers over a long period.

Since 2009, it had delivered 368% in total shareholder returns, compared with 79% for Randgold, 77% for Semafo and 49% for Centerra Gold. Gold itself delivered 35% of returns over the same period, while the GDX fell 97% and the other gold majors all destroyed more than half of their respective shareholders' value over this period.

Johnson suggested M&A might be a tool for the company to use once more, but it had not done any deals for the past four years, since it had been focused on executing the Fekola build.

"In the near term, I can't see B2Gold taking over anybody else with or without a premium, without getting full market credit for Fekola and its potential expansion. In the market we were in, we accessed debt and capital to build Fekola and ran it for a year before we started to get some value for it.

"There's a time to do M&A and times you don't. You always look for something surprising out there, but as we develop in the next few months with the expansion of Fekola and assess our opportunity in Colombia, we'll be able to gauge our desire for M&A later this year."

B2Gold's M&A policy is clear. It insists on doing its own due diligence on potential acquisitions to ensure the project is accretive in the current market environment and it won't buy any shovel-ready project that needs a higher gold price or further exploration success to justify the purchase price.

"That's not a good business plan, but unfortunately over the past 10 years, many companies were overpaying for assets where they thought the gold price was going to save them, or they were going to find much more gold. The cheapest ounces are the ones you find."

According to Johnson, ‘acquire and find' is a great recipe for success, but he cautions one should be careful paying for ounces that 'might' be in the ground. "That brings us back to discipline, and with our share price performance lagging the reality of what we've achieved, these are the major factors why we won't do expensive M&A."

He did, however, note B2Gold's low debt-to-EBITDA ratio was adding some impetus to buying something later in the year, but for now the focus was squarely on the upcoming growth-pipeline catalysts. 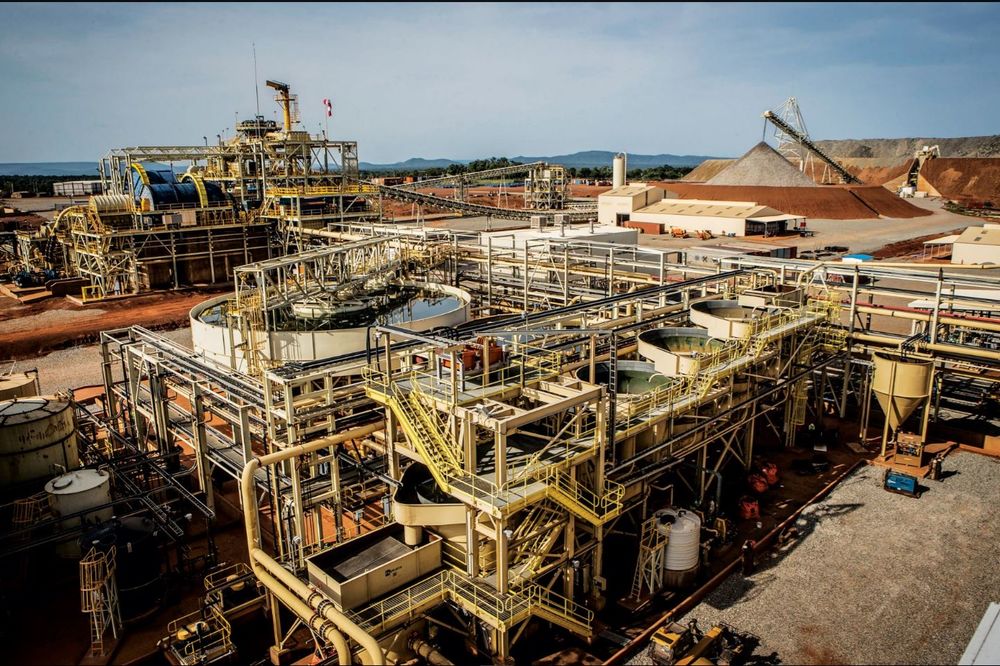 B2Gold expects to publish an optimised expansion study for Fekola that could take production up to 7.5Mt/y before month-end

While B2Gold has guided for essentially flat year-on-year production growth in 2019 just shy of a million ounces at slightly higher AISC of between $835-$875/oz, it is preparing for another growth cycle.

Johnson said B2Gold was planning to publish the results of an optimised expansion study for Fekola, that could take production up to 7.5Mt/y, before month-end. He said this expansion was potentially extremely accretive to B2Gold, since most of the Fekola operation was deliberately overbuilt from the outset, which would reduce the expansion capex to only about $50 million.

The company also plans to publish a PEA based on an updated resource model for the Gramalote JV with AngloGold Ashanti in Colombia during April. This would form the basis for the company to decide on how best to proceed forward, since the new model hinted at the potential for higher grades that could give the project economics a boost, he said.

B2Gold also plans to release the results of a complete optimisation study on the El Limon mine in Nicaragua before mid-year, where it has discovered a significant new high-grade resource in the Central zone.

The company has budgeted about $43 million for brown- and greenfields exploration this year, focusing on Fekola's mine area and regional prospects, Otjikoto and Ondundu in Namibia, the Kiaka regional district and the Toega prospect in Burkina Faso, and other grassroots exploration discoveries and opportunities through M&A and JVs with other junior exploration companies.

Despite achieving a new 12-month high in February at C$4.40, the Toronto-listed stock is 4% down since the New Year. B2Gold's 12-month trajectory has been essentially flat, trading at C$3.78 on Tuesday, which capitalises it at $3.8 billion.

Centaurus finds its feet in Brazil

Andean lists on TSXV with San Bartolome in Bolivia

Idaho mining circa 2021: The road ahead

Centaurus finds its feet in Brazil