The gold equities sector should see something of a return to M&A activity in 2020, as majors look to replenish reserves and explorers search for ways to get projects financed. That’s according to members of a recent panel discussion hosted by Mining Journal. 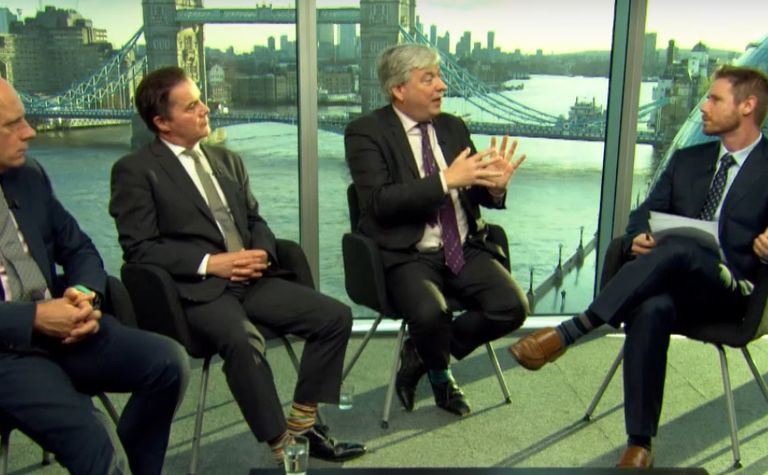 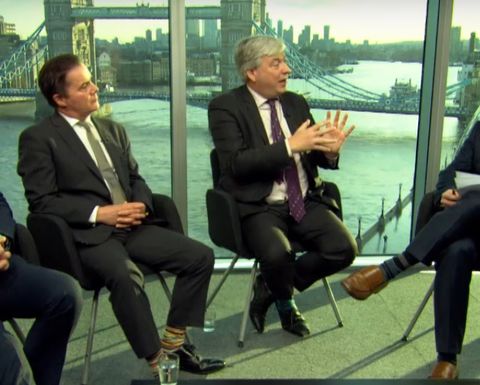 Even as the gold price rose 19% year-on-year, many gold juniors saw their share prices remain stagnant through the first 11 months of 2019, commented Charlie Gibson, director of mining with Edison Investment Research. He noted that through the same period, many of the big gold producers rose around 50% and some small-to-medium producers rose as much as four-fold.

The stock markets are supposed to be where juniors raise project finance, but they don't seem to fulfilling that role at the moment, Gibson said.

Gibson forecasted "a little bit" of M&A activity in 2020, starting with majors buying up small and medium-sized explorers with predictable cash flow. "I'm not sure they are brave enough to buy exploration assets wholesale," he said. "I think it will come, but it may take a while longer before you see the majors start to buy junior exploration assets."

Gervais Williams, Premier Miton head of equities, and World Gold Council head of market relations John Mulligan, both agreed that some degree of M&A activity was coming. Mulligan said the majors would look to M&A as an option as they considered how to replace strategic reserves.

There was robust debate among the panel members about the long-term drivers of the gold price, with Gibson arguing for gold as purely an investment vehicle, while Mulligan countered that consumer demand played a part. One thing everyone agreed on was that gold's recent surge had been brought about mainly by macroeconomic factors.

Gibson said that one year ago, when the US Federal Reserve was tightening interest rates and the European Central Bank announced an end to quantitative easing, most investors did not expect the gold price to rise. The Fed's decision to reverse course and begin lowering interest rates in the first half of 2019 caused "a massive re-appraisal" of gold on the part of investors, he said.

"It's fascinating that we've seen this logjam already in the past couple of months, in the US, with the short-end bond market and the Federal Reserve reacting to that by pumping in another US$60 billion a month," Gibson said.

"So, I think we're going to see monetisation of debt because that's the only thing that governments or authorities will be able to do in order to try and solve the problem. And that's hugely supportive of gold."

Mulligan commented that from the point of view of an institutional investor, the negative interest rate environment was "quite extreme".

"I think 70-80% of sovereign bonds are now negative in real terms," he said. "That means a huge pool of assets that previously were depended upon to give stable returns, fixed income, something you could depend upon in your asset strategy, currently you're paying for the honour of holding an asset."

On the same theme, Williams noted that the fact physical gold doesn't have a yield usually puts it at a fundamental disadvantage. But when absolute yields are very low, "then, in a way, gold has more of a yield than the market itself."

Mulligan said the new reality had brought big institutional investors back to gold.

"I think that has shifted the supply and demand dynamics, particularly what is driving the current price - it's very much now a macroeconomic story, an investment story, to an extent, a US investment story. The big story in terms of demand is the ETF buying from professional investors and central bank buying, driven by some of those macroeconomic concerns."

Holdings in gold-backed ETFs grew by 258.2 tonnes in the September quarter of 2019, the highest level of quarterly inflows since early 2016, according to the World Gold Council. This helped push gold demand 3% higher for the quarter, despite central bank buying remaining significantly lower than the record level of the September quarter last year, and jewellery demand falling 16%.

Calling the ETF figure "remarkable", Mulligan said if you looked at the composition of those ETF buyers, demand from Europe had remained stable and the return of US buyers had actually driven this growth.

A less-correlated asset with a bit of volatility, while worrying, ultimately improves the expected return

Williams agreed physical gold ETFs were a big area of growth and added that miner ETFs -  funds composed of a basket of gold miner stocks - had also seen growing demand. This, if anything, was what had squeezed capital availability for juniors, he said.

"They've found it a little harder, being that they're not part of the ETFs, to actually participate, and if anything, we've seen a setback, perhaps, in some of the less-liquid stocks in London, which haven't had the access to markets, not just because they're gold companies, but because they're small gold companies.

"I think both those factors have actually made it a little harder in spite of the rise in gold prices."

While on the topic of institutional investors, panel members agreed a growing number of them were pushing for companies to adopt sustainable and responsible practices. The World Gold Council's document on Responsible Gold Mining Principles, published in September 2019, were created partly in response to investor demands, Mulligan said.

That document began with 10 key principles, divided into 51 separate clauses, related to environmental and social issues, and governance (collectively referred to as ESG). Companies implementing the principles will be required to be independently audited.

The 10 key principles were:

If gold miners embraced those principles, it would not only show they were attuned to investor demands but would actually place them ahead of the curve, Mulligan said.

"I think the opportunity for gold mining in particular to show leadership is at that tipping point. It's something that will drive the industry forward."

Williams said he believed ESG would become much more of a standard reporting mechanism. He named two gold miners already making ground in these areas: Newmont, which has made performance on sustainability issues a component of its executive bonus structure; and Petropavlovsk, which had begun reporting greenhouse gas emissions per ounce of gold produced (tonnes of CO2e/oz).

Eventually the day would come when mining companies were judged on their performance on ESG issues, Williams predicted.

"By embracing this journey, not only are they ahead of the curve, but actually they'll get more support in time. Particularly, if we find that other asset prices peak out again as they did at the end of 2018, then these factors will come to the top, and you'll see the value (in ESG reporting) coming through when other companies are suffering."

Silver and crypto interesting, but not seen as competitors to gold

Each of the panel members expressed bullishness on gold: Williams predicting it could get as far as $1,600-1,650 per ounce, and Gibson giving the very specific figure of $1,672/oz.

"That looks quite brave," Gibson said, "But if you look at where people's forecasts were three years ago, for this year, they were nowhere near as high as the prices actually have been, so we're going to stick with our forecast until we're definitely proven otherwise."

Looking sideways into silver, views were a little more mixed. Gibson expressed the opinion silver was half a monetary asset and half an industrial asset. After commenting that the gold:silver ratio was currently sitting near all-time highs at almost 90:1, he said silver would eventually make up ground due to its increasing use in industrial applications like electronics and medical devices.

Williams called silver "a bit like Cinderella", saying it had been overlooked for many years due to falling demand for traditional silver-based products such as tableware.

"As an investor though, I think it's quite a tangible asset. It's got a lot of the advantages of gold - being very physical and a store of value - so, I think some of the silver mining companies are looking quite interesting.

"They're not as well researched as some of the gold mining companies, and there may be more recovery potential in the silver price and so you might actually make more money on some of those [silver] investments."

Williams declined to say if silver would outperform gold. However, he did say, as an investor, "a less-correlated asset" with "a bit of volatility", while worrying, "ultimately improves the expected return".

For his part, Mulligan said silver was just "too volatile". He acknowledged the case for individual silver companies, but said silver as a strategic asset "hasn't got the same robust story as gold".

From silver, the investment turned to another gold alternative: cryptocurrencies.

Again, there was some element of disagreement: Mulligan contending that, as a store of value, crypto didn't have an "underlying, compelling story"; while Williams contended an asset class with several billion pounds can't be ignored, though he said we would only really know if crypto was a proper store of value once it had been through a bear market.

Gibson said it was noteworthy that there were more cryptocurrencies in the world than actual fiat currencies.

The Mining Journal gold panel took place on November 22 in London. The full panel debate along with interviews with select junior gold equities can be found here