London-listed Cobra Resources is aiming to build momentum at its Wudinna gold project in South Australia. 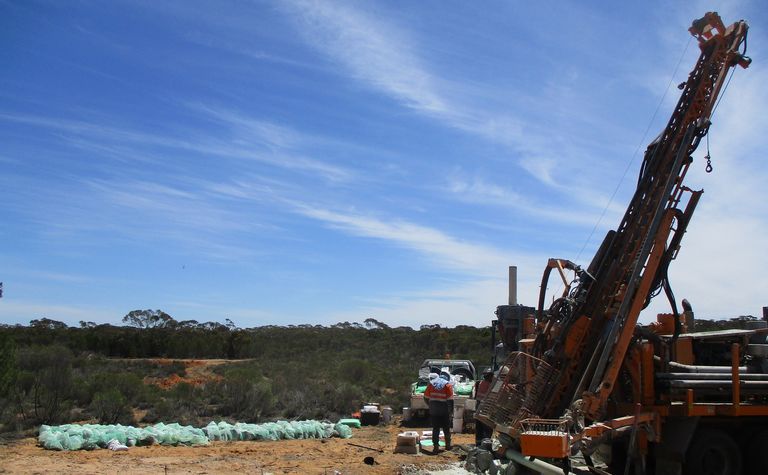 Seven holes returned intercepts grading more than 5gpt gold, with one hole returning three 1m intercepts of 13.7gpt, 15.85gpt and 23.1gpt gold, while the hole also returned 20gpt silver, the highest at the project to date.

The results come after Cobra hit 15m at 5.25gpt at the Clarke prospect, which doesn't yet have a resource, in December.

Cobra CEO, Perth-based Craig Moulton, said the company was thrilled by the results.

The company drilled 41 holes in the December quarter for about 6000m.

Results have now been received for all holes, with all but three hitting more than 0.3gpt gold.

Moulton told MiningNews.net the company was taking a systematic, methodical, science-based approach to exploring the project.

"One of our primary aims was to establish the orientation of the mineralisation," he said.

Another hole returned 1.71% copper, the highest copper hit at Wudinna to date, associated with a gold hit of 33.6gpt.

Moulton said the silver and copper results were encouraging and the company would seek to understand what they meant for the project.

"Heading towards 2% copper in quite interesting," he said.

Cobra will now work on an updated geological interpretation of the resources, the potential to define a resource at Clarke and plan the next exploration campaign.

"There's not real reason this part of the Gawler couldn't contain IOCG mineralisation, even though it's not known for it," Moulton said.

The project is underexplored, having been owned by Newcrest Mining in the 1990s before being picked up by Adelaide Resources, now Andromeda Metals, in 2000.

"It's been sitting in Andromeda for the best part of 20 years since they bought it from Newcrest," Moulton said.

"There's not necessarily scale, but it could be a small, high-grade mine," Moulton said.

While some work will be done on Prince Alfred, the focus will be Wudinna.

Cobra has about £1.2 million cash.

"We're relatively well-funded at the moment to carry out most of our 2021 plans," said Moulton.

Shares in Cobra are up 40% so far this year off the back of the drilling results.

Investors in London were also comfortable with Australia.

"There's a fair degree of credibility associated with being an Australian explorer," Moulton said.

Shares in Cobra closed at 2.84p overnight, valuing the company at just over £9 million.