With investors increasingly focusing on environmental, social and governance (ESG) aspects over and above the financial aspects of being a gold producer, the keynote speech of Tom Palmer president and CEO of Newmont, the world’s largest gold miner, at the 2022 Prospectors and Developers Association Conference in Toronto, Canada, reflected this changing reality in a talk strong on ESG leadership, while production and development themes reduced to a supporting role. 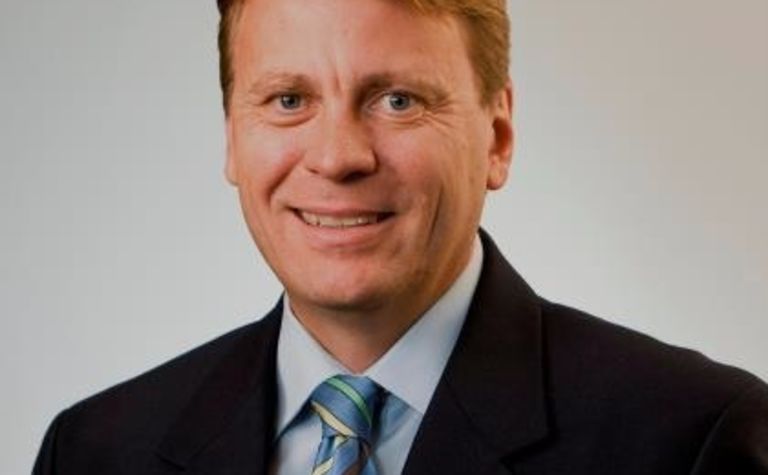 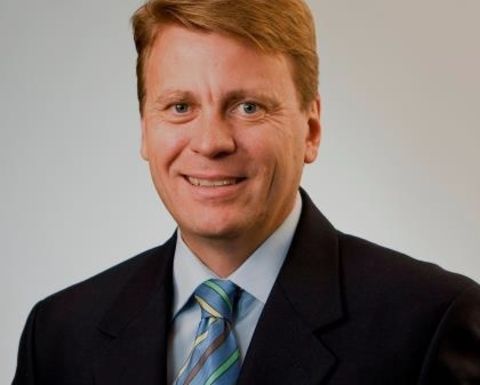 Palmer's speech covered ESG touchstones including decarbonisation, sexual harassment and the need for better relationships with communities, within a broad message that, "to stay relevant, we must look beyond what we produce and focus on how we produce these materials," he said

He stressed that as the leading gold producer, Newmont has, "a tremendous opportunity to be a catalyst for sustainable development and for meeting the challenges and change required in a carbon constrained world," and, in an interview with Mining Journal, he clearly views that developing a leading ESG position as a competitive advantage.

"Newmont has been on this journey on for more than a generation. It is something that has formed part of the culture of our organisation that goes back to some really hard lessons that we learned back in the 1990s as we left the United States and went to Peru, Indonesia and Pakistan. We learned some important lessons around how not understanding ESG and sustainability can have a significant impact on the company. It is not something that came down in the last shower and I am the product of.  … I've seen over the last five or six years the work we have done for many years starting to be recognised and differentiating us from others in conversations with the investment community in Europe, then the UK and we are now seeing it in North America. Those key differentiators are setting us apart. If organisations in our industry are not taking all elements of ESG seriously, it will be an existential threat for them," said Palmer.

During the keynote address, Palmer said communities in many parts of the world are empowered to be active partners in decision-making processes that affect them and can influence the outcomes they expect from development, which has has changed the nature of many company-community partnerships. In response, the concept of shared value is evolving to include expectations around more sustainable benefits or equity ownership by communities.

"It is moving beyond the concept of just creating jobs to how do we think about our role and relationship with communities through the full lifecycle of an operation, particularly including post closure. It is thinking about what other things we can do to share value? How we think about the work we do with communities around committed development funds, how we look at supporting industries beyond mining. It is asking, listening and understanding through engagement and then taking action in the context of what is important to that community. … It is not one size fits all.: it is the nature of the engagement in the context of that particular opportunity. There are constructs in Canada, constructs in Australia and constructs in places like Ghana and we will build out a construct with the government and the traditional leaders, community development funds and other things. The Surinamese government owns 25% of our Merian mine. It comes down to the nature of the conversation with the external stakeholders, governments and community leaders in that particular country," Palmer told Mining Journal.

Palmer highlighted in his keynote the Western Australia Parliamentary inquiry into sexual harassment in the mining industry, which he described as a catalyst for action to improve the culture and behaviours in the industry. Discussing this further, he said an important part of the change process is setting clear expectations for what is acceptable behavior and following-up and assisting people to meet those expectations.

"I am taking one of my senior leaders, Alex Bates, a SVP in the Australia region, who has a deep understanding of the mining operation, businesses work for more than 30 years in our business. He is moving into a new role reporting directly to me to help me to lead some cultural change. The first aspect is to recognise whose behavior needs to change, and that is people who are in positions of power and privilege. We need to create some dissonance around what good behaviour looks like. The other part is then sitting down and talking to people who are in the minority in our organisation, in all of its forms, and understanding their experience working at Newmont, listening to that, and then taking appropriate action to address some of those issues they have. It could be as simple as uniforms for women, the nature of bathroom facilities, opportunities or a lack of transparency about who gets promotions, who gets what experience to work on equipment. Symbolically, we have evolved to now talking about values. We start every meeting at Newmont with a values moment where we talk about an experience where someone has acted with integrity, where someone's taken responsibility for an issue and that how we do our work is as important as what we do," said Palmer.

"Our 32% reduction target is what is required to meet the less than two degrees warming scenario. If this needs to move to 1.5-degrees, we are looking like what that needs to look like for us to get on that pathway. That is still a debate as we start to map-out the programmes we are putting in place to get to 2030. A lot of it is going to be driven by renewables," said Palmer.

One such initiative is the recently announced US$100 million strategic alliance with Caterpillar to develop electric trucks "to disrupt the industry". The product of this alliance is expected to be a comprehensive mining system with all-electric autonomous haulage systems for both open pit and underground mining by the end of 2027.

"The work we are doing with Caterpillar is very similar to the work I led with Komatsu for Rio Tinto over a decade ago, when we had four autonomous trucks in the Pilbara iron ore industry in Western Australia. We said that if as an industry we are going to get serious about automation, we need to take a risk. We made a public statement with Komatsu around have 150 trucks within five years. We didn't have the pathways, but a stretching goal, a public statement and a trusting relationship and we developed a pathway to move autonomous haulage technology from piloting to industrial scale. Without that commitment, that technology would not be commonplace today. My experience says if we do a similar thing with Caterpillar we can achieve that same outcome. We have to build on and disrupt the relationship as we have a product development cycle with the OEM that needs to change to be accelerated," said Palmer.

Ultimately, Palmer believes meeting the decarbonisation and other ESG goals requires further consolidation in the gold space in order to make the scale of investments required.

"If you add up the market cap of every gold company, including Newmont, it comes to about 15% of the value of Apple. That points to the difficulty to get access to capital and the need for consolidation over the next decade. Looking at the industry in terms of the usual parameters of a lack of discoveries, more difficulty bringing on ounces, the shorter mine lives in the gold space and the need to have size and scale for relevance for access to capital. Overlay on that the move towards decarbonisation and in order to make the investments necessary for renewables for mining fleet, mining companies are going to need to have scale to underpin those investments. Over the course of this decade, these factors are going to come to come to bear. Inevitably, there will there will be consolidation within the industry in order to address those challenges," said Palmer.

With Newmont looking at producing 8 million ounces a year of gold equivalent for the next 10 tears and some 20 development projects in its pipeline, it may not lead this consolidation wave.

"With an organic project pipeline with more than 20 projects that can maintain that level of production through the 2030s into the 2040s and beyond there is no reason for us to do a transaction. Our main focus is to deliver on that value, but our radar is turned on. We are very clear in the inorganic space what would trip our filters [at least 400,000 to 500,000oz/y production at an all-in sustaining cost of $900-1,000/oz and at least a 10-year mine life in the right jurisdiction]," said Palmer.

Palmer said a financing decision on the Yanacocha Sulphides project in Cajamarca, Peru is scheduled for towards year end, having been delayed due to COVID-19 impacts, which were particularly severe in the country. "Peru was the country most devastated by the pandemic, and the workforce to build Yanacocha will peek at some 4,000 people. Other companies building projects in Peru through the pandemic have been quite transparent around the impact the pandemic had on them in terms of schedule and cost. For us, it was a wise move to delay a decision until we could see the other side of the pandemic. We have already committed over $500 million to two critical path items including long lead time items like oxygen plants, mill motors, electric motors and the autoclave, which is the heart of Yanacocha Sulphides and will be on site before the end of this year. We are building the 4,000-bed camp for the construction workforce which will be finished by the end of this year. And we are working with Bechtel, our EPCM contractor, on the detailed engineering. Having detailed engineering done to a high percentage allows you to be very accurate in terms of cost," said Palmer.