It was about this time last year the Tanzania government shocked the mining world by banning gold and copper ore exports. It followed that up a few months later by claiming London-listed Acacia Mining, the largest miner in the country, had an outstanding tax obligation of some US$190 billion. 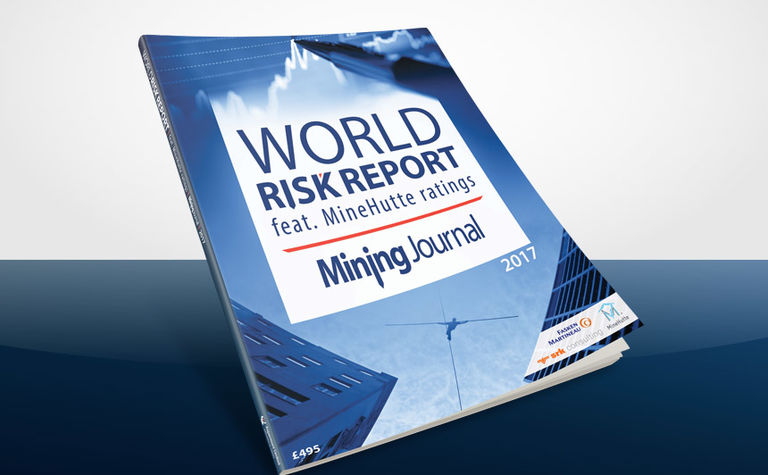 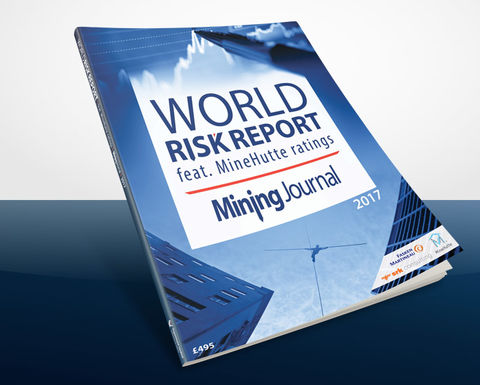 In the months immediately following the export ban, Acacia shed half its value; by the time news of the tax claim had settled in, that loss had become two-thirds of its market capitalisation from early in the year.
It's been one of the most spectacular examples of how the risks implicit within the mining industry can unravel the value of investments.
Another eye-catching display was provided by the neighbouring Democratic Republic of Congo, where the government plans to impose a "super-profits tax" and a potential five-fold increase in royalties, while removing a stabilisation clause that means the changes can be introduced immediately.
In this case, unlike in Tanzania where the environment had been relatively stable, the effect on equities exposed to the DRC was more a case of known risks  graduating to reality - the country was one of only three rated a ‘D' last year on the Investment Risk Index within the Mining Journal World Risk Report (feat. MineHutte ratings).
Ivanhoe Mines, one stock with significant DRC exposure, lost more than a third of its value in the fortnight following initial media reports of the likely changes.

Ivanhoe is no stranger to risk. The Robert Friedland-led firm is active in South Africa, where a new mining charter to be finalised next month has been at the centre of a punch-up between government and miners for almost a year; and is historically tied to the massive Oyu Tolgoi mine in Mongolia, where majority partner Rio Tinto is being pursued for taxes after an NGO in February accused it of dodging a $700 million obligation.
Meanwhile, for a truly breath-taking example of indirect risks for miners, the war in Syria has seen sanctions (and potential sanctions) on Russian oligarchs eat into the value of related listed equities; EN+ lost 55% in a single day early this month and Rusal was off 13% over a week.
Concerns for companies and investors exposed to Tanzania, the DRC, South Africa, Mongolia and Russia add to now long-running issues for those in the Philippines (mine closures resulting from an environmental backlash); Indonesia (part expropriation of one of the world's largest mines); and Latin America (the usual labour issues), to name a few.
They also validate a position we took last year when we launched the World Risk Report - and a position shared by many in the industry - that mining is becoming an even riskier business than it has been historically.
Sure, those who disagree may justifiably point to instances of lessening risk such as changing leadership in South Africa and Zimbabwe, the voting down of tax increases in Australia, liberalised business regulation in the US and, more generally, higher commodity prices and a better environment for raising capital.
But, on balance, we would maintain volatility in international politics and regulation is up and risk to mining investment is growing.
This is what we will examine in the second World Risk Report. The release of this report is set for September but the data we will start collecting this week through our World Risk Survey.
The World Risk Survey provides us with an industry view on risk across key risk categories - legal, governance, social, fiscal and infrastructure - and forms a large part of our jurisdiction ratings system. It also gauges the trends within general (non-jurisdiction-specific) business and operating risks.
Last year, around 670 professionals completed the survey, which helped up to collect data to rate 85 jurisdictions. This year, we need your help to reach our goal of more than 100 jurisdiction ratings.
Taking the survey should not be overly time consuming, though we do ask you to give considered responses in order to generate the most useful end result possible.
Click here to access the survey.
The greater the response, the more valuable the tool created to help mining professionals manage the broad risk sets they face.