Small-cap drillers and niche technology and service providers led international mining equipment, technology and services (METS) equities in 2018 after many suppliers of mining services and products gave back big share-price gains in the first half of the year and most (70%) of the 37 companies examined by Mining Journal ended the 12 months to December underwater. 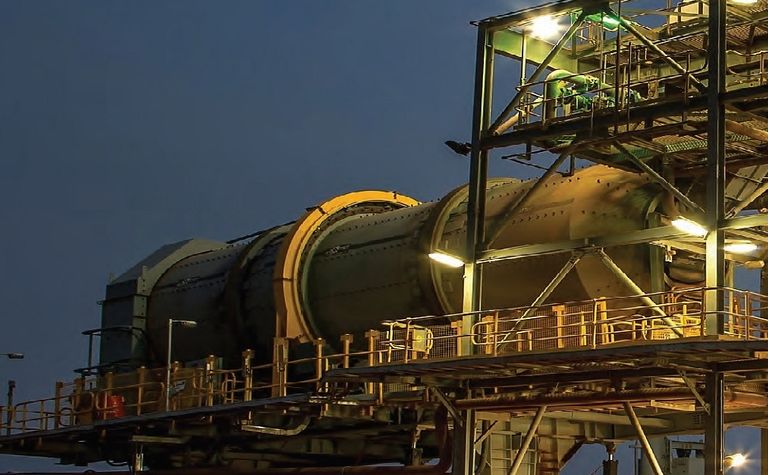 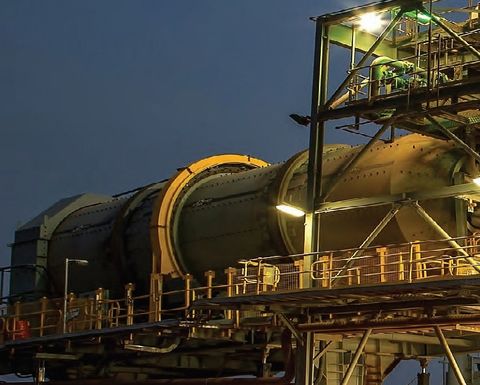 Microcap drillers Cabo Drilling and Energold - both Toronto Venture exchange listed - were among the handful of METS companies to finish with a higher share price than a year earlier.

Cabo appears to be turning into an industrial minerals miner in Mongolia under a proposed reverse takeover arrangement with Mongolian businessman Khurlee Ankhbayar's Phoenix Capital Enterprises, though stalwart Cabo chief John Versfelt says the company will stay in the drilling business.

Energold has stuck to its core business and currently claims to have 139 rigs deployed in mineral drilling. The company reported stronger September quarter revenues and margins on higher pricing but lower metres drilled than the same period in 2017, and it is still losing money as it pays off debt. CEO and president Fred Davidson says the market in the Americas and Africa is improving but customers have become more cautious on the back of commodity price headwinds.

Others among the leading group are more upbeat about 2019.

But investors have themselves become more cautious, resulting in a number of the top METS firms losing significant value since mid-2018 and some of the best performers up to that point handing back all the previous year's gains.

The world's major mine explosives supplier Orica reached A$20.36 in May and is now around $17.30-17.40. Contract mining leader CIMIC ended 2017 on a high and nearly retraced the gains between June and the start of October this year, but has dropped nearly 20% since.

Among the top METS performers in the past year in the table below, companies such as NRW, Mastermyne, Imdex, Lycopodium and Macmahon - all ASX-listed - have done better at retaining recent share-price improvements.

NRW is trading around its highest levels for five years having hit A$2.17 in September (now $1.90) on the back of successful M&A and organic growth, achieved while slashing debt to a comfortable level, and reinstatement of regular dividends. The company's recent AGM heard it had A$1.05 billion of work scheduled for delivery in FY19 and $800 million down for FY20, with a tender pipeline at about $6 billion.

The numbers reflect strong demand in Australia for mining and mine development services, mainly at existing and brownfields sites. Leading public and private contract miners and drillers are forecasting vibrant but competitive market conditions for the next few years.

Macmahon has staged a similar recovery, is trading at its highest levels for five years, and has a market value above half a billion Australian dollars again.

"We are currently operating at an annualised revenue run-rate of $1 billion per year," he said. "This gives us confidence to reiterate our FY19 revenue guidance of $950 million to $1.05 billion, and our earnings guidance of underlying EBIT of $70-80 million," he said.

"Our current tender pipeline is valued at around $7 billion on top of our order book of $5.4 billion.

"Importantly $6 billion of our tender pipeline is either with current clients, or relates to projects where we are the preferred contractor. Hence, if we continue to focus on executing well and building on our good relationships, we believe we have a better than usual chance of winning this additional work.

"When you overlay our tender pipeline on our current order book, you can see that we have the potential to organically grow our revenue to over $1.5 billion per year over the next 3 years." 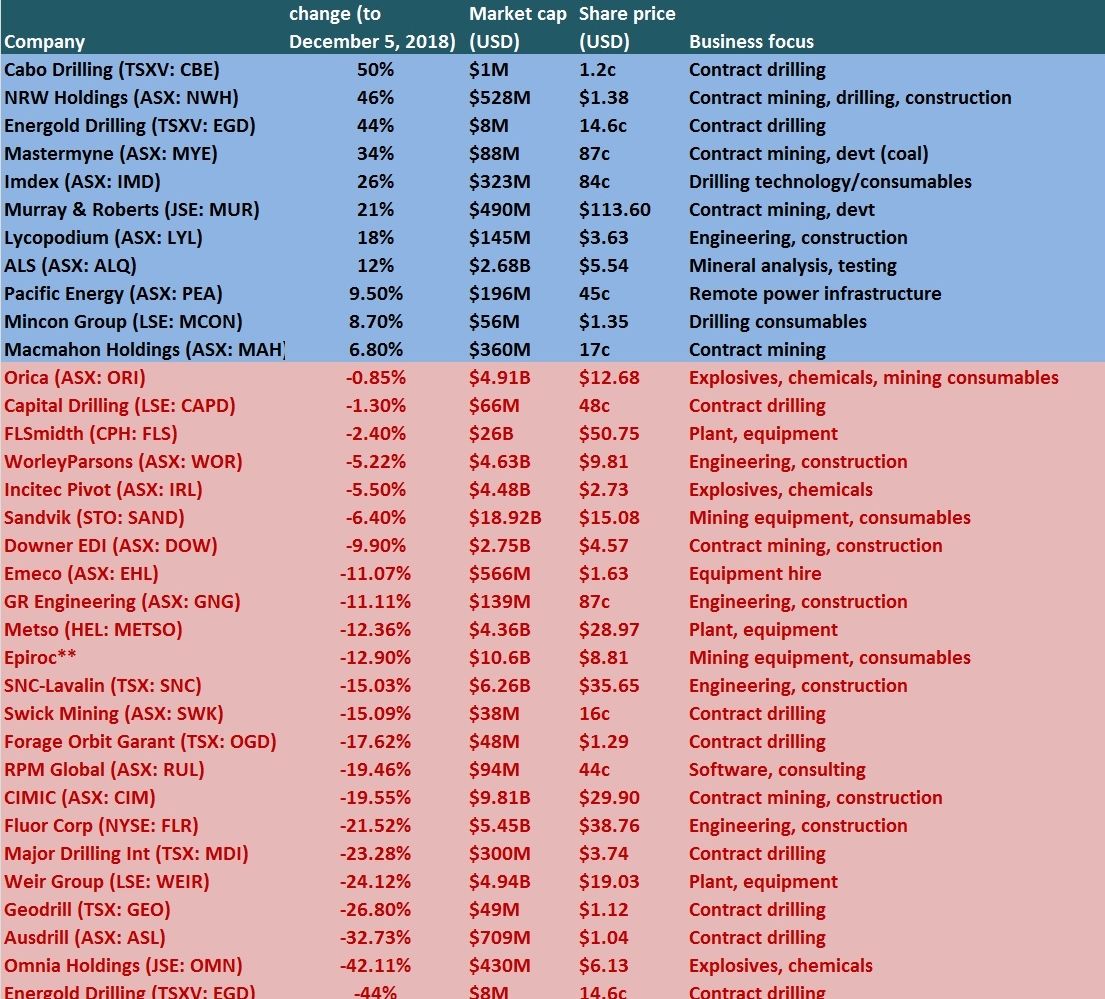 Away from the hard-rock mining arena, Mastermyne has been the standout performer over the past two years in the Australian coal-mining market and is trading at levels 10-times its share price in mid-2016.

Revenues have grown to plus-A$200 million a year, with the company on track to grow that by up to 25% in FY19. Like its leading hard-rock peers, Mastermyne has virtually no debt and remains careful and selective about the work it takes on.

Higher levels of risk management are a feature of the sector, with the leading equity performances reflecting industry-leading risk and balance sheet management, as well as profitable growth.

As well as clearing debt, or maintaining low debt levels and strong balance sheets, the top performers have built stronger order books and work pipelines than most of their peers, pretty much locking in profits and dividends unless mining investment starts to really tail off again.

While some, such as NRW and Macmahon, are not forecasting big capital expenditure outlays over the next year, other contractors are contributing heavily to broadly rising capital equipment sales and cautious but optimistic forecasts among global equipment manufacturers.

Public-market proxy for the sector, Sweden's Epiroc, has seen its share price come down about 13% since its listing in Stockholm in June this year. Epiroc offers the most leverage to mining mobile fleet equipment sales among listed companies such as Sandvik, Caterpillar, Komatsu and Hitachi that have bigger exposures to other market verticals.

Recently reporting stronger revenues and orders for the September quarter, president and CEO Per Lindberg said "continued good sentiment and customer demand" reflected robust mine production levels in key markets around the globe.

"The order intake was higher than the previous year, and I am pleased with the strong order development for our service business and also for our surface equipment," Lindberg said.

"We had, however, lower order intake than in the past two record quarters. This was partly due to fewer large orders received.

"Such large orders are not evenly distributed over time, and will consequently impact quarterly order intake. Orders received are also typically lower in quarter three compared to quarters one and two.

"For mining equipment a majority of the orders continued to be for expansion in existing mines.

"In the quarter we have seen a decrease in metal prices, but in the near-term future we do not expect the overall market sentiment to change significantly. We expect the demand to remain at current levels."

The combined US$4.9 billion market capitalisation of the 11 METS companies to post share-price gains in the past 12 months - including mineral testing and analysis leader ALS' $2.68 billion capitalisation - underlines the still fragmented nature of global mining supply chains.

While this year has seen a continuation of the long-term consolidation in the industry, particularly among major equipment and service companies, investors await the creation of dominant global companies in a number of market segments. The demise of one-time leader Boart Longyear, for example, has only made the international mineral drilling sector more disjointed.

US-based Granite Construction took out Layne Christensen in a US$565 million deal during the year.

ASX-listed WorleyParsons has expanded its mining and metals engineering business with the US$3.3 billion acquisition of US-based Jacobs Engineering Group's mining, chemicals and energy arm - including the former high-quality SKM mining unit - but also increased its exposure to the North American energy market.

Australia's Ausdrill recently completed its US$200 million acquisition of underground hard-rock mining and drilling contractor Barminco, expanding its mining-market presence and seemingly increasing the likelihood of future growth in the Americas market, which is even more fragmented than in other parts of the world.

Across the broader METS landscape, many significant privately-owned services and technology firms remain on M&A radars.