LSE-listed Glencore’s share price took a hit yesterday on the news out of the Democratic Republic of Congo of artisanal miner deaths at the Katanga copper-cobalt mine in which it has an effective 64.75% stake (via TSX-listed Katanga Mining), with analysts saying the incident highlighted country risk and raised operating licence questions. 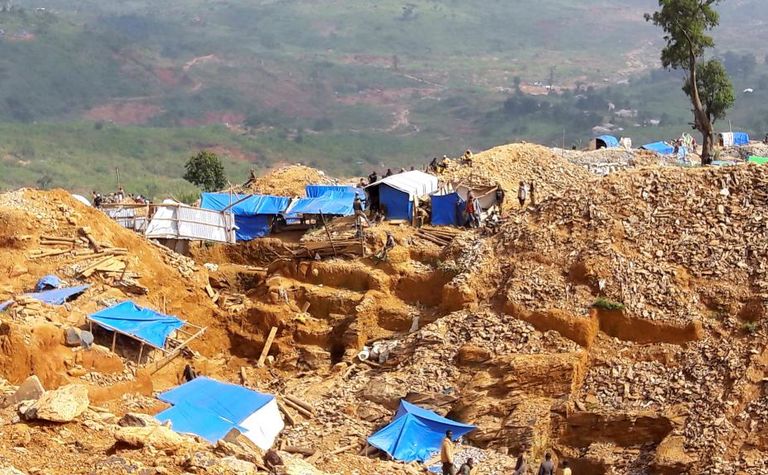 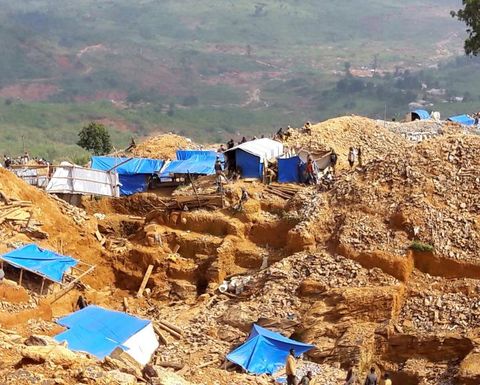 The collapse of "mining galleries" near the active Kamoto openpit at Katanga that reportedly killed a number of illegal miners hasn't impacted mine production, according to the mining major. The pit is understood to contribute about two-thirds of the ore processed at Katanga. But the incident (again) made clear that "security at the operations needs to be increased", BMO said in a note.

"If this event is related to illegal mining activity then the impact to production may be relatively short term, although preventative action will likely be needed and it could impact Glencore's social licence to operate," it said.

Glencore owns 86.3% of Katanga, which is forecast to produce 269,000 tonnes of copper and about 24,000t of cobalt this year, though cobalt sales are constrained by problematic concentrate uranium levels the company is trying to fix.

It's not the only fix needed at Glencore, commentators have suggested. The company's shares dipped nearly 5% Thursday and are down more than 22% since mid-April.

Jefferies analysts Chris LaFemina and Patricia Hove took the opportunity to issue a reminder of other Glencore dints that need repair.

"This tragedy will add to the perceived company-specific risks regarding Glencore, even if there is no impact on EBITDA," they said.

The Katanga tragedy was "arguably beyond Glencore's control as illegal artisanal miners have been entering its properties in the DRC and mining in dangerous areas despite warnings from local mining companies of the risks of these activities".

"Media reports indicate that red warning signs had been ignored by the workers who were killed in this latest mine tragedy. The company said that up to 2,000 illegal miners enter this mine site every day. Security measures will clearly need to be increased to reduce the risk of another tragedy at these operations.

"While Glencore said in a press release that its production has not been affected, and we do not believe this incident will materially impact its EBITDA, we are concerned about the risk of additional safety issues in the future as these illegal mining activities are unlikely to stop in the country.

"We are also concerned about the perceived investability of Glencore shares.

"Investors are already grappling with a series of other idiosyncratic risks for Glencore, including the ongoing [US] Department of Justice and Commodity Futures Trading Commission investigations, the impact of the new mining code in the DRC, geopolitical challenges in Zambia, its high exposure to thermal coal [including ESG issues], a lack of transparency in its trading business, and its high gross debt level.

"Management is working to reduce the company-specific risks, but doing so to a meaningful extent will take years, in our view. Based on all of the negative developments for Glencore over the past two years, our analysis indicates that the de-rating of its shares versus shares of the other major UK-listed miners is at least partially justified."

"Seaborne thermal coal prices have collapsed, and the near term outlook is not encouraging," the bank says.

"One of Glencore's key points of differentiation is its high exposure to seaborne thermal coal. This point of differentiation was a positive when coal markets were strong and ESG was not a major theme in the investment world. But thermal coal is now a clear problem for Glencore from an equity market perspective as every $10/t change in price equates to a $480 million change in annual EBITDA.

"On current spot prices for all commodities, coal still accounts for 30% of Glencore's total EBITDA. While thermal coal markets may experience a cyclical recovery at some point following the recent collapse, and cash flows for Glencore from this business should stay strong even if prices remain low, the multiple investors are willing to pay for thermal coal EBITDA is likely to continue to decline as ESG becomes a more prominent theme."

Having said all this, Jefferies says the "built for a bull market" company, while behind Rio Tinto, BHP and Anglo American on its favourite-majors list, currently offers favourable upside on copper and nickel exposure, and on the basis of the recent share-price weakness.

Meanwhile, BMO says markets remain "sensitive" about copper-supply disruptions and ongoing threats to supply in Zambia, DRC and Chile, coupled with the "potential for relatively aggressive short covering in the financial market, which could see an outsized price reaction", should provide something of a "boost [for] other copper mining equities".