Having more visible indigenous role models and creating an Aboriginal business council to give industry members a greater voice were among the suggestions put forward by a panel at the sold-out West Australian Mining Club luncheon in Perth on Thursday. 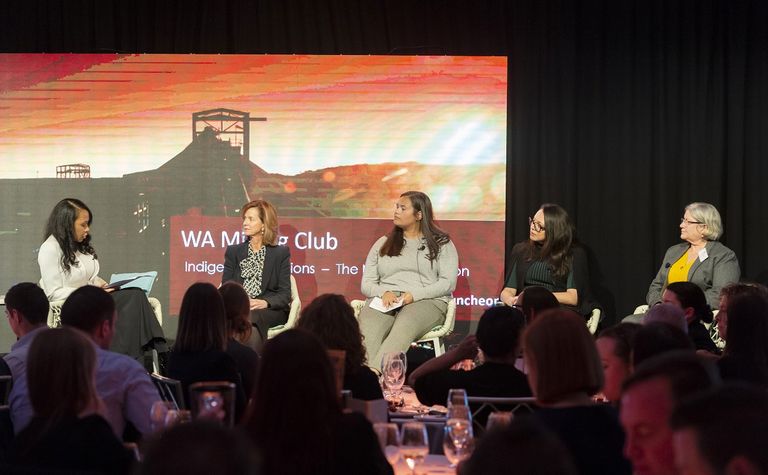 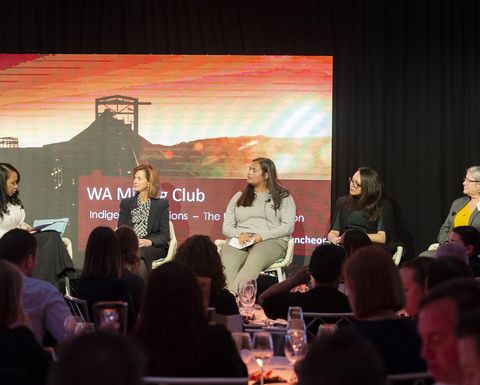 The timely event was held against a backdrop of the Black Lives Matter movement and as the federal government announced a new Closing the Gap agreement designed to tackle indigenous disadvantage.

"You can't be what you can't see," panel moderator and founder and CEO of Indigenous Women in Mining and Resources Australia Florence Drummond said of the need to have prominent role models in the industry.

AngloGold Ashanti's VP corporate affairs, community and HR Andrea Maxey said she believed there were "more [indigenous] role models out there than you would think", although they might not be in public companies.

"I think a lot of ASX-listed companies are very focused on gender but not necessarily cultural diversity," she said.

She believed companies should take "a really good look" at diversity and inclusion and at the benefits that brought to leadership teams and boards.

Warrikal CEO Amanda Healy, who pointed out she was born before the 1967 referendum when Aboriginal people were recognised, said there had been progress in terms of community engagement and indigenous employment in the mining industry over the years.

As the head of the WA-based engineering and services company, Healy said there were organisations like the Chamber of Commerce and Industry which were fantastic but wondered if there was a need to create a specific representative group to provide an independent voice directly to government.

"It's something I'm working on in the background at the moment," she said.

"Do we actually need some sort of … Aboriginal business council or is there something to be said about a mining business council or small independent mining companies and businesses, gathering some momentum together and creating a voice, a place for ourselves."

April O'Reilly, Fortescue Metals Group manager organisational development, said the iron ore miner had some "lofty" aspirations and it was important to provide the right opportunities with the right motivation.

She said the company's vocational training and employment program programme had been very successful in providing pathways to employment for Aboriginal people and had on-boarded its 900th person through the programme this year.

O'Reilly also hinted FMG was designing a programme in the Pilbara to provide training and development options for diverse candidates to come into the business, saying "watch this space".

WAMC's 2019 indigenous student scholarship winner Jarni McGuire said it was important for students heading into the workforce to investigate a company's values and for companies "to really evaluate this person as a student and not just ticking a box and saying okay we've got our next Aboriginal candidate".

Panellists were also asked for their opinion regarding Rio Tinto blowing up two 46,000-year-old caves at Juukan Gorge in the Pilbara in May as part of mine development activities, but offered little comment.

"I'm sure Rio is carrying out the appropriate investigations," Maxey said.

Rio has apologised for destroying the Aboriginal heritage sites, saying it had been granted ministerial consent in 2013 for activity in the area, and is due to submit documents about the incident to the government on Friday, sister publication MiningNews.net reported.

It was the WAMC's first luncheon since March due to a COVID-19 hiatus and in another first, the event was streamed live on Youtube.

Boris Johnson's rush towards EV's means the metals industry "is going to have a major problem".

More options than you thought

'I would call Rainy fixed': Adams