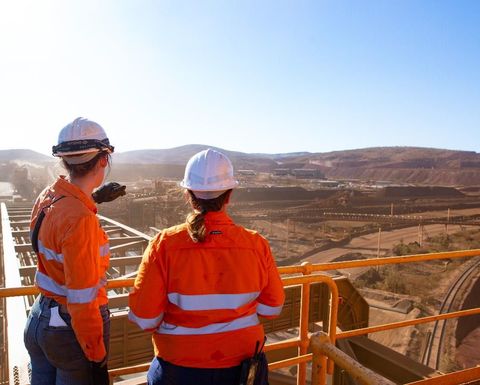 The figure includes payments to suppliers, wages and benefits for employees and contractors, dividends, taxes and royalties, and voluntary investment in social projects across communities.

BHP paid $7.5 billion in taxes, royalties and other government payments, up from $7.1 billion in FY19, equating to an adjusted effective tax rate of 31.7% or 42.4% including royalties.

Total payments to the Western Australia government were A$2.77 billion.

The company highlighted its increase in local buying.

In the Pilbara, it engaged 9,570 suppliers directly, up from 4,557 in FY19, and spent $110 million with Pilbara suppliers between April and August, almost double the amount spent for the same period last year.

During FY20, BHP increased its Australian workforce by more than 5,000 people to approximately 45,000 employees and contractors, predominantly in operational roles in Queensland, South Australia and Western Australia.

The US$3.6 billion South Flank development in the Pilbara reached a workforce of 3,000 people.

"This significant contribution of taxation and royalty revenue to the countries in which we operate gives governments the opportunity to provide essential services to their citizens and invest in their communities for the future," BHP chief financial officer Peter Beaven said.

"In addition, our investment in economies creates high-paying jobs, both directly within our assets and indirectly through our suppliers, which supports the standard of living and further development of those communities."