The Minerals Council South Africa has commemorated the country’s worst mining disaster, when 435 men died at the Clydesdale Coalbrook North Colliery in January 1960. 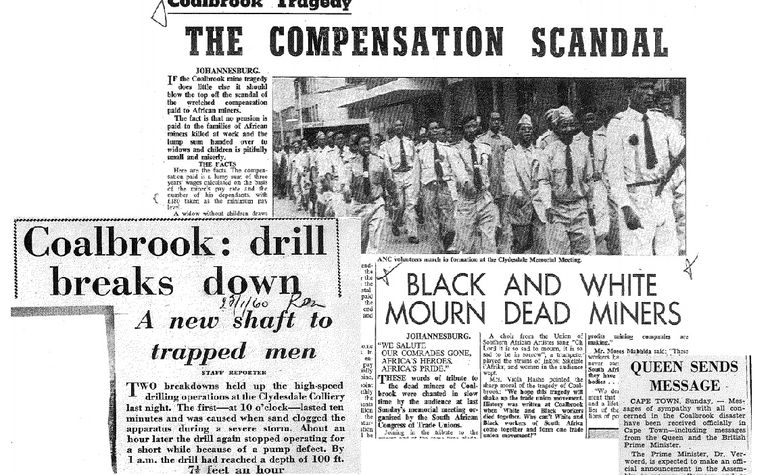 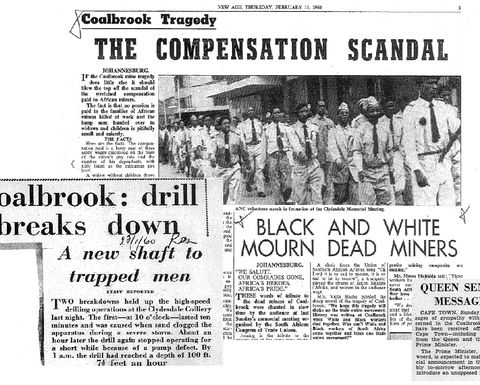 Some of the press clippings from the 1960 Coalbrook tragedy, collected by the Minerals Council South Africa

The council said the tragedy also ranked among the top 10 worst mining disasters globally but lessons had been learned to ensure the same events would not be repeated.

A massive rescue drill, imported from Texas, was unfortunately unable to penetrate the dolerite that occurred above the mining area to reach the trapped miners.

Boreholes which were able to reach the area indicated a major collapse of mine workings, flooding and high levels of methane, the council said.

It said an investigation determined the integrity of the supporting pillars designed to support the mine's shaft had been compromised.

It said these entities became responsible for pioneering research in mining and safety systems, not only for the coal industry but also deep level gold mining.

COMRO was taken over by the Council for Scientific and Industrial Research in 1990.

The minerals council said Coalbrook continued to serve as a stark reminder of the importance of research and development.

"Coalbrook will never be forgotten and the South African mining industry continues to strive for zero harm," it said last week.

The country had reported its lowest number of mining fatalities on record of 51 in 2019, but surpassed this figure in early December 2020.