"All the members, including Vale, sit on the tailings working group" 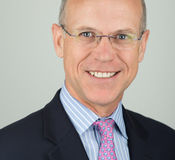 Tom Butler has been CEO of ICMM since July 2015. Before that, he spent 18 years with the International Finance Corporation (part of the World Bank Group) in the infrastructure and natural resource teams, focused mainly on mining and power projects in Africa.

From 2011, Tom was IFC's global head of mining, where he led a multi-disciplinary team of specialists responsible for IFC's financing of mining exploration and development in emerging market countries.

Despite operating two mines that have seen tailings failures resulting in the deaths of more than 300 people since 2015, International Council on Metals and Mining chief executive Tom Butler believes Vale has a role to play in establishing better global standards for building and monitoring tailings dams.

The ICMM has launched a review of the Feijao mine tailings disaster in Brazil from January 25, which followed the Samarco environmental catastrophe from 2015. Samarco is a joint venture between Vale and BHP.

"All the members, including Vale, sit on the tailings working group that we have within the ICMM membership and they'll be providing input into the review," he told Mining Journal.

"I think it is appropriate they contribute because I'm sure they have some lessons they'll be able to feed into the discussion."

Butler said it was important not to prejudge the results of the review and, rather, the focus within ICMM member companies had been to review and assess their own assets and then focus their attention on collaborating to establish a new global standard.

"We're trying to put in place a global and transparent system that would allow for much greater comparability across companies," he said.

The system will comprise at least three components: a consequence-based tailings classification system; a system for credible independent review; and requirements for emergency planning and preparedness.

The review is targeted for completion by year end with implementation to come immediately.

This is part of our tailings and water management podcast series, which will explore the issues from social, technical, and legal perspectives.