"The catalyst for this staking rush is a rumoured porphyry discovery"

Junior Altamira Gold Corp (CN:ALTA) is excited to have claimed additional ground within Brazil’s Juruena belt in Mato Grosso as exploration activity steps up in the region, sparked by a rumoured copper discovery. 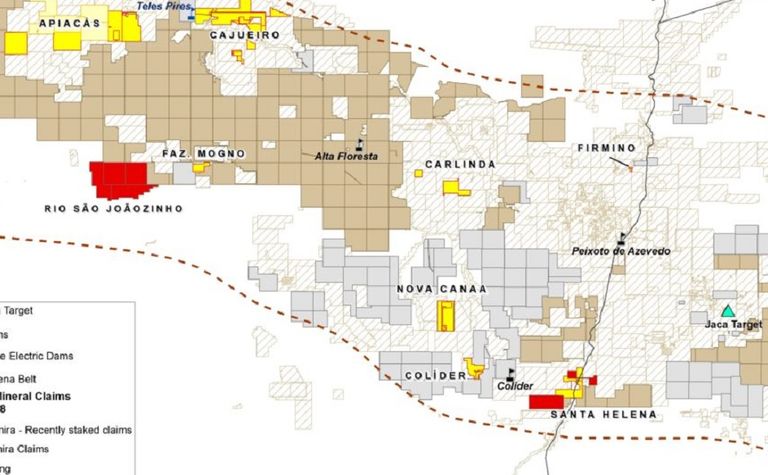 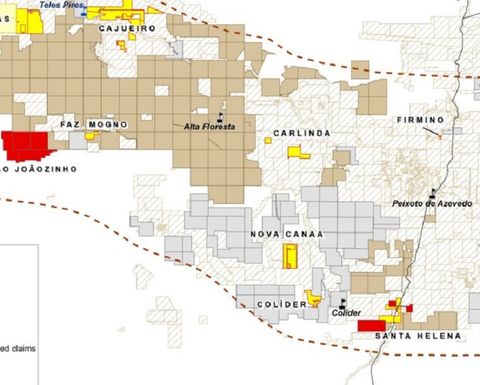 The company said in February that Anglo American (LN:AAL), Nexa Resources SA (CN:NEXA) and Vale SA (BZ:VALE3) had staked about 3.5 million hectares on the belt, adding yesterday that Anglo and Nexa had largely surrounded Altamira's 12 projects.

"The catalyst for this staking rush is a rumoured porphyry copper discovery in the eastern part of the Juruena belt," Altamira said.

It said recently it believed the discovery at Jaca was subject to a December 2015 University of Campinas research study and said based on satellite imagery, it appeared Anglo had six drill rigs in the area.

Altamira said last week it had been "a very busy couple of weeks" in central Brazil, tweeting that there was a lot of activity with executives, technical geologists and geophysicists plus supplies and helicopters buzzing around the towns of Alta Floresta and Colider.

It has increased its position to more than 200,000ha in the belt and said it was "excited to be the only junior with claims strategically situated in the heart of the belt".

"The discovery of the first ever copper porphyry in the Juruena belt is significant because porphyry copper deposits generally occur in clusters or belts," president and CEO Michael Bennett said.

The company plans to expand its Cajueiro gold project and pursue an aggressive exploration programme to identify concealed porphyry mineralisation, which it started at in Juruena in late February.

ASX-listed Crusader Resources (AU:CAS) is also looking to up its exploration in Juruena, announcing last month it planned to raise up to US$15 million in a placement to optimise its Borborema project plus explore its Brazilian gold assets at Juruena and Novo Astro.

Altamira shares have ranged between C14-35c over the past year and closed up 2.5c yesterday to 19c, capitalising it at $9.2 million.