The shareholders of both Metanor Resources (TSXV:MTO) and Bonterra Resources (TSXV:BTR) have cast votes overwhelmingly in favour of the proposed C$78 million friendly merger that would create a new Urban Barry-focused explorer and miner in Quebec. 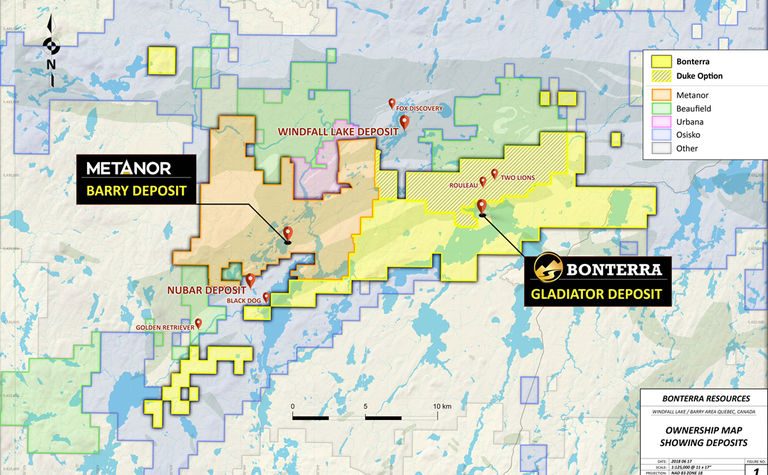 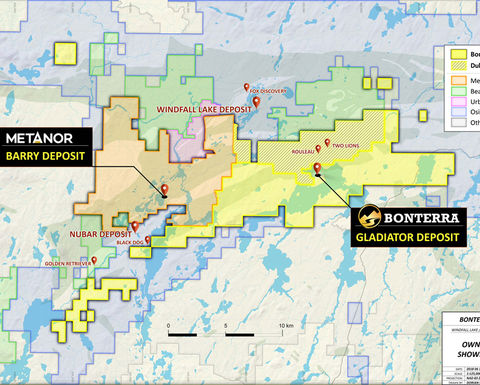 Bonterra had in July signed a definitive agreement to acquire all Metanor's shares for C73c in scrip, which represented a 40% premium based on its 30-day volume weighted average price in June 15, when the deal was first announced.

The companies' respective plans of arrangement are still subject to final approval by the TSX Venture Exchange and the supreme court of British Columbia, in Bonterra's case, and the superior court of Quebec in the case of the Metanor. Court dates have been scheduled for September 20 and 21, in BC and Quebec respectively, and should everything go to plan, the deal will close on September 24.

The transaction would give the entity one of the largest, contiguous land packages in the Urban Barry gold camp, plus control of the only permitted gold mill in the region, which would further derisk Bonterra's Gladiator gold project.

Following the Larder Lake spinout, Bonterra has about C$32 million cash on hand for use to advance Gladiator and increase production at Metanor's Bachelor mine and Barry project, where a 50,000 tonne bulk sampling is expected before the end of this year.