First Quantum Minerals has told Luminex Resources (TSXV: LR) it will terminate its earn-in to the Orquideas copper-molybdenum project in Ecuador after the first five drill holes failed to produce significant mineralised intercepts. 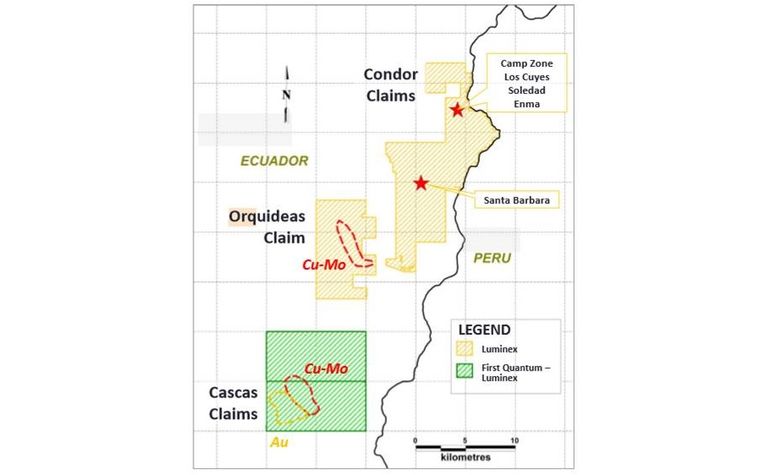 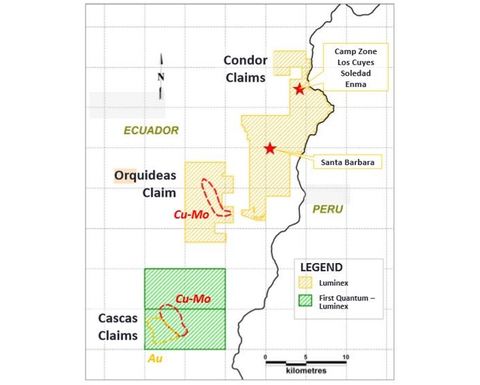 First Quantum had two earn-in options with Luminex in Ecuador and said it was assessing whether to continue its option over the Cascas concessions.

"For the time being, First Quantum's earn-in option on the company's Cascas concessions will remain in place, as will the total US$7 million cash payment schedule over the five-year earn-in period," Luminex said.

The junior, which spun out of Lumina Gold last year, has also struck earn-in and joint venture agreements with majors BHP and Anglo American over some of its other concessions in Ecuador.

BHP last month signed a binding agreement over Luminex's Tarqui and Tarqui 2 concessions, which gives the major the right to earn up to 70% by spending $75 million on exploration and paying $7 million to Luminex.

Anglo can earn up to 70% of the Pegasus and Luz concessions by investing $50 million, paying $7.3 million and sole funding work up to a decision to construct a mine, under a deal signed in September.

Luminex raised C$7 million (US$5.3 million) last month at 62c per share to fund drilling at its flagship Condor copper-gold project, exploration at its non-optioned concessions and for general corporate purposes.

Luminex shares, which have gained 42% so far this year, lost 9% yesterday to close at 91c, capitalising it about $48 million (US$36 million).

Entrepreneur to increase stakes in both to about 19.9%