Mundoro Capital (TSXV: MUN) has added another big name to its partnered projects in Serbia, announcing Vale Canada has entered a two-phase, US$45 million option to earn up to 75% of four of its assets. 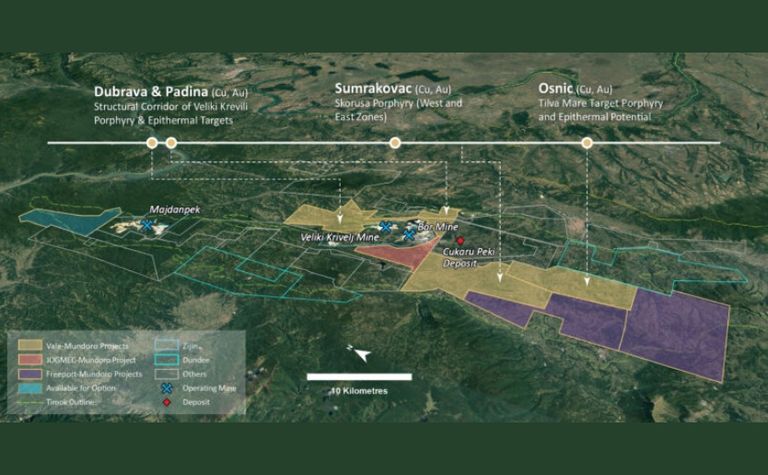 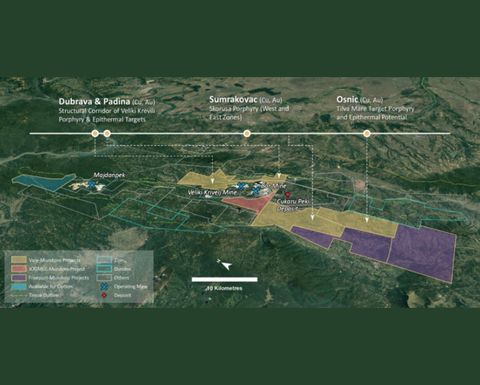 The Vale-Mundoro projects in Serbia

The company also has partnership agreements in Serbia with Japan Oil, Gas and Metals National Corp and Freeport-McMoRan.

"Mundoro is pleased to welcome Vale as our latest partner in Serbia, which reflects the prospectivity of Mundoro's land package within the Timok region and demonstrates the growing interest in this region," president and CEO Teo Dechev said.

JOGMEC opted in May to continue earning into only one of four exploration projects under its agreement, while Freeport wrapped up phase one drilling earlier this year as part of its earn-in.

Mundoro Capital was gearing up for an "elephant hunt" on the West Tethyan Belt of Eastern Europe, Dechev told Mining Journal in Vancouver recently.

It has made a number of applications this year for further exploration areas.

The company was also continuing to have discussions with interested third parties seeking options on its available projects, confirming the growing interest in exploring in Timok, Serbia as well as in Bulgaria, it said yesterday.