'ArcWest is pleased to join with Teck'

ArcWest Exploration says Teck Resources can earn up to 80% of its Teeta Creek porphyry project on Vancouver Island in British Columbia. 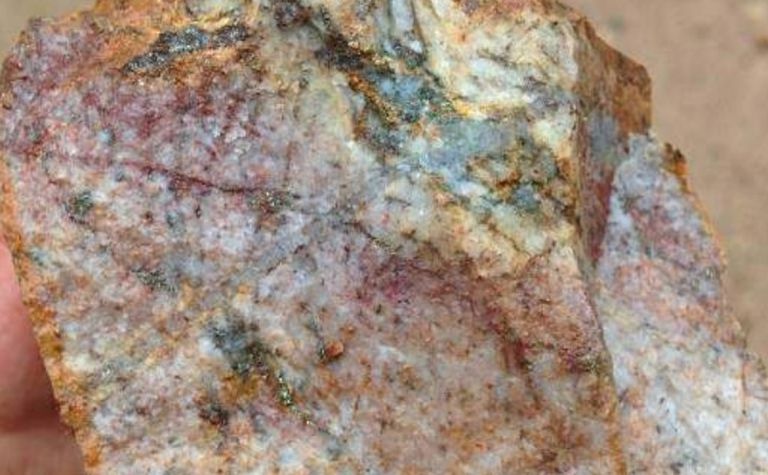 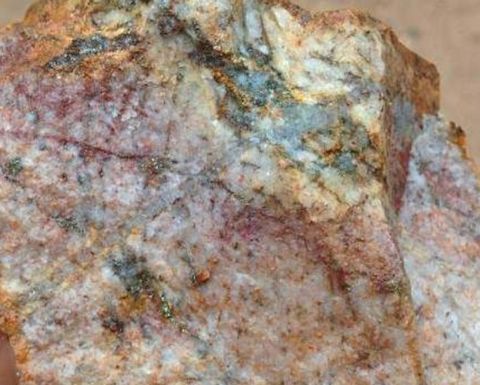 A sample from ArcWest’s Teeta Creek project on Vancouver Island

It describes the project as 23km south of BHP's past-producing Island Copper copper-molybdenum-gold mine and 40km south of NorthIsle Copper and Gold's Hushamu deposit and Pemberton Hills project, where Freeport-McMoRan is earning in.

Historical drilling results have included 67.1m at 0.35% copper, while rock sampling by ArcWest and Seven Devils Exploration has returned up to 0.473% copper, 0.031% molybdenum and 21.1g/t gold.

After Teck exercises its first option, ArcWest will have 90 days to convert its interest to a 1.5% NSR in lieu of a joint venture stake. If ArcWest doesn't, Teck will then have a second option to earn a further 20% by spending a further $8 million (US$6 million) over three years.

The company is aiming to become a project generator, focused on its properties in the British Columbia, and Ruks said discussions with other potential JV partners were ongoing.

Seven Devils and Millrock Resources are its major shareholders.