Newmont has agreed to buy a 55,000-hectare package of ground near its remote Cerro Negro operation in southern Argentina from a local subsidiary of Canada’s Magna Terra Minerals. 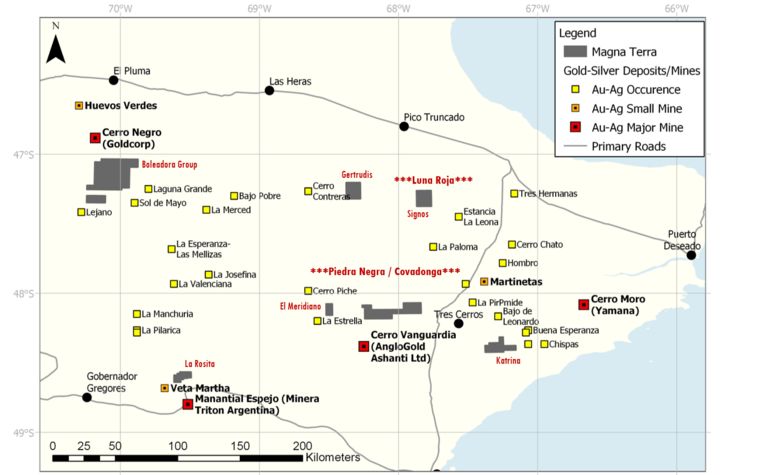 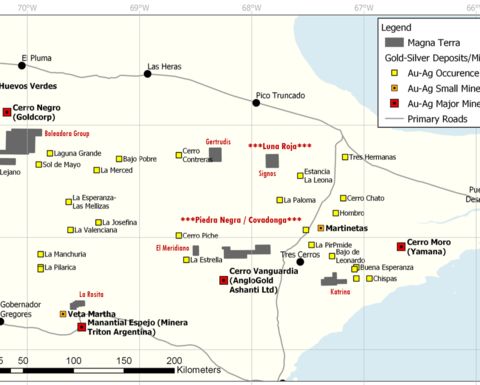 Newmont has acquired the large Boleadora land package near its Cerro Negro mine, Argentina, from Magna Terra Minerals

Newmont says the bulk of the Boleadora property package lies along trend of a north-northwest structural control that is an important geological feature at Cerro Negro, 17km to the southeast.

Under terms of the agreement, Newmont's local affiliate Oroplata SA will pay US$1 million in stages over six years and grant a 2% net smelter return royalty to Magna Terra subsidiary Atala Resources.

Newmont has the option to reduce the NSR by 1% at any time by paying $2.5 million in cash. The gross royalty payable to Atala is capped at $20 million.

Newmont acquired Cerro Negro via the Newmont-Goldcorp merger last year. The operation was put on care and maintenance on March 23 due to coronavirus restrictions but the mill was restarted late last month. Newmont hasn't updated its guidance for the operation.

Magna Terra recently announced a deal with gold producer Anaconda Mining to acquire 12,375 hectares of ground in Newfoundland and Labrador, and New Brunswick, adding to its extensive portfolio at Deseado Massif in Argentina.