Boliden to earn into Boreal project in Norway

Swedish miner Boliden is set to add to its Scandinavian assets through an initial US$6 million earn-in to Canada-based junior Boreal Metals’ Burfjord copper-gold project in northern Norway. 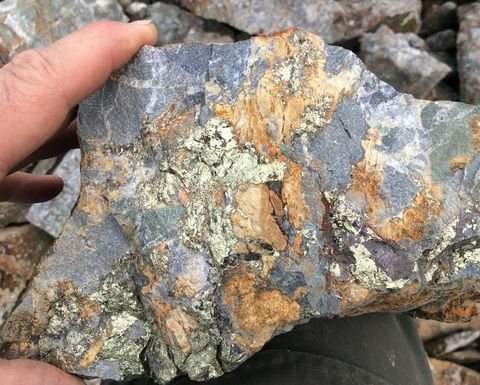 Boreal said Burfjord contained more than 30 former mines and prospects, historically mined at 3-5% copper cut-off grades, and the company had pointed to bulk tonnage potential as it reported 32m at 0.56% copper and 0.26g/t gold below historic workings in March 2019.

Boreal said Boliden Mineral AB could earn an initial 51% by spending $6 million on exploration and development within four years, or exercise the first option earlier by paying Boreal the difference between $6 million and the amount spent.

Boliden could earn a further 29% to gain 80% by solely funding work through to an NI 43-101 and Pan European Reserves and Resources Reporting Committee compliant feasibility study, and solely funding all annual costs to keep the project in good standing.

The above-mentioned drilling result and other targets were slated "for immediate follow-up", Boreal said.

"The option agreement with Boliden, a leading mining and smelting company in the region, represents a significant step forward in the advancement of Boreal's exploration project portfolio," chairman and CEO Patricio Varas said.

Boliden has six mines in Europe, producing mainly base and precious metals, and five smelters.

It has postponed its full-year and March quarter filings "due to logistical delays caused by COVID-19".

It said Boliden's four-year first option period might be extended if exploration and development on the project was delayed by an event of force majeure, which included the current coronavirus pandemic.

Boreal (TSXV: BMX) shares have traded between 3-7c over the past year and closed unchanged yesterday at 5c, to capitalise it at $3.8 million (US$2.8 million).