Gaia Metals gained yesterday as it announced a well-timed definitive agreement to acquire “an excellent opportunity in the gold space” as the precious metals price advanced towards all-time highs. 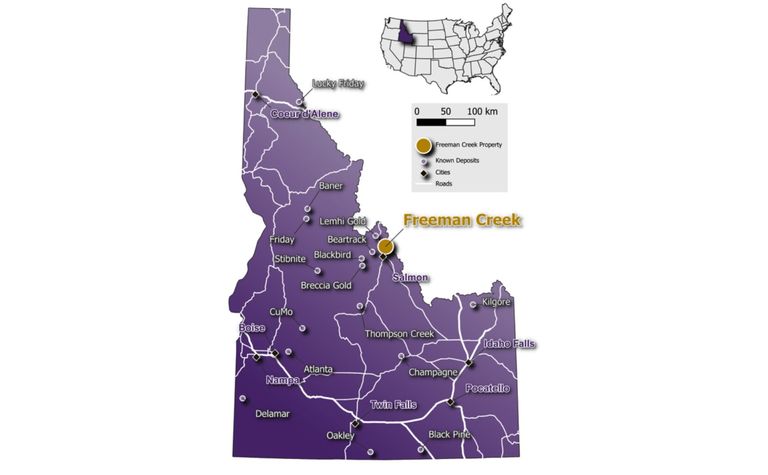 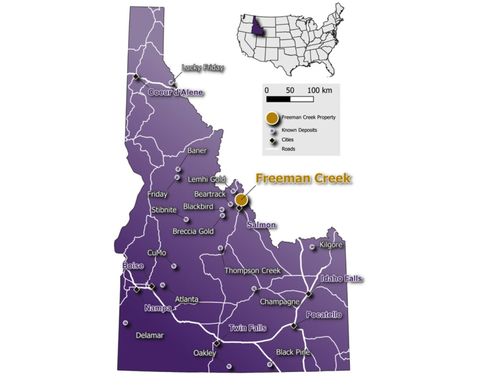 Gaia Metals is acquiring the Freeman Creek property in Idaho

Gaia said it could acquire 100% of the 76 claim, 599ha Freeman Creek property in Idaho which held the Golden Dyke and Carmen Creek prospects, where Gaia believed historical work had only scratched the surface of potential.

Subsequent to the drill testing in the 1980s, Cominco and BHP had explored Golden Dyke in the 1990s for large-scale copper potential however records of this exploration had not been located, Gaia said.

About 3km north-east was the past-producing Carmen Creek mine, operated about 100 years ago but few records existed about development, production or headgrade, Gaia said.

It must also pay a further $1 million in cash and/or shares if it outlined a gold-equivalent resource of plus-1 million ounces.

The vendors retain a 2.5% NSR royalty and Gaia had the right to purchase half for $1.5 million.

"The historical work has already highlighted the potential of the property and the relatively straight-forward permitting process will allow us to aggressively explore and unlock the value of this opportunity for our shareholders," president and CEO Adrian Lamoureux said.

Gaia was planning an initial phase one programme to verify and expand on historical results, with drilling expected to follow "shortly thereafter".

It also owns the Corvette property with polymetallic potential and has the neighbouring FCI property under option from O3 Mining in Quebec, along with other assets including lithium interests in Canada.

The company had undergone a one-for-10 share consolidation and name change from 92 Resources Corp in October.

Its shares (TSXV: GMC), which had touched 61c in September, had fallen to 3c in April.

Plans to acquire assets in Brazil

No gains from strategy switches