Hudbay Minerals has exercised its option to regain control of the Talbot polymetallic project from Rockcliff Metals in the Flin Flon-Snow Lake greenstone belt, near its Manitoba operations. 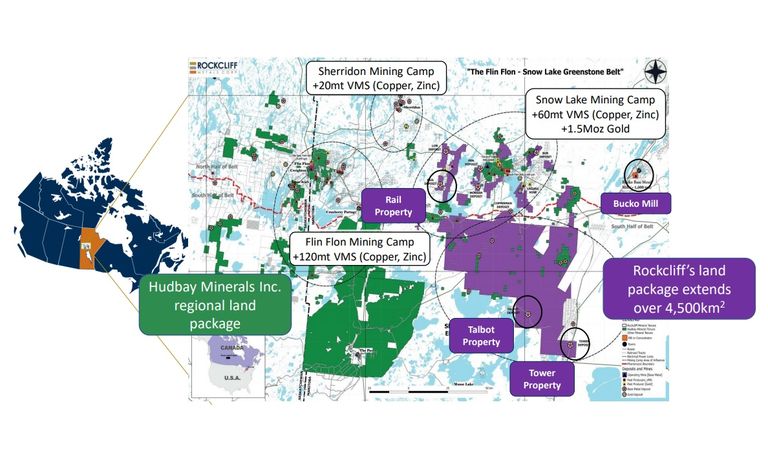 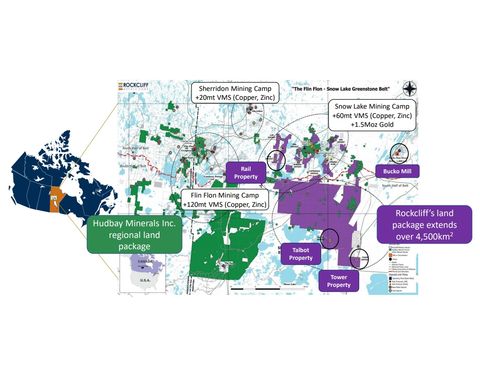 Rockcliff has described Talbot as a gold-rich copper asset, which ties in with base metals producer Hudbay's pivot to gold production at its Lalor mine in Snow Lake.

Rockcliff Metals had earned 51% of Talbot in December 2019, by spending more than C$6 million since 2014, but said yesterday Hudbay had exercised its buy-back right ahead of a November deadline and acquired a further 2% of Talbot for a cash payment of $725,892.

It said Hudbay now owned 51% and would become operator.

Rockcliff would retain a 35% carried interest through life-of-mine, provided it contributed its pro-rata share of pre-construction capital.

"Rockcliff's shareholders will benefit from Hudbay's experience in mine development and operation, combined with its balance sheet strength, as they lead the Talbot project forward."

Rockcliff is a major landholder in the Snow Lake area and is preparing a preliminary economic assessment for its Tower and Rail deposits.