British Columbia-focused juniors Serengeti Resources and Sun Metals have announced a merger they say would help advance their adjoining copper-gold assets in the province. 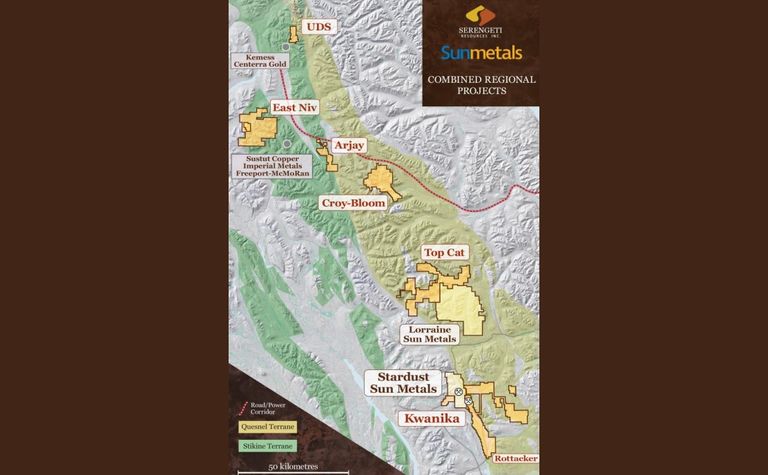 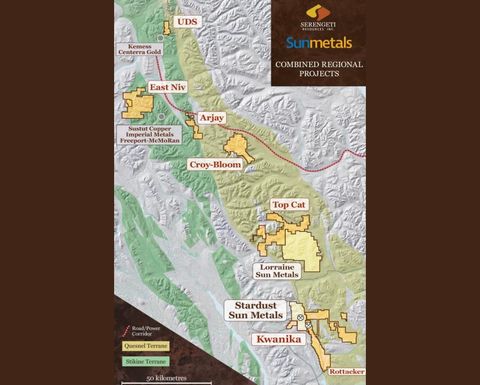 The merger would consolidate Serengeti's 67%-owned Kwanika and Sun's Stardust projects, and also Sun's Lorraine project with the neighbouring Top Cat, where Serengeti has the option to earn 100%.

Under the agreement, Serengeti would acquire Sun Metals on a 0.43 per Sun share basis, after which Sun would hold 40% of Serengeti, prior to a concurrent financing.

Serengeti president and CEO David Moore would remain interim CEO until a full-time CEO was appointed.

"Against the backdrop of a resurgent copper market, this transaction consolidates the ownership of a robust copper-gold portfolio, with near-term development synergy at Kwanika-Stardust and several high priority exploration targets," Moore said.

The transaction was expected to close in late February or early March.

The merger was expected to result in a company with a pro-forma enterprise value of $57.4 million, $9.7 million in cash and a market cap of $70.1 million.

Both companies were in a trading halt yesterday.