Kinross Gold-backed Wolfden Resources is adding a silver project to its polymetallic portfolio. 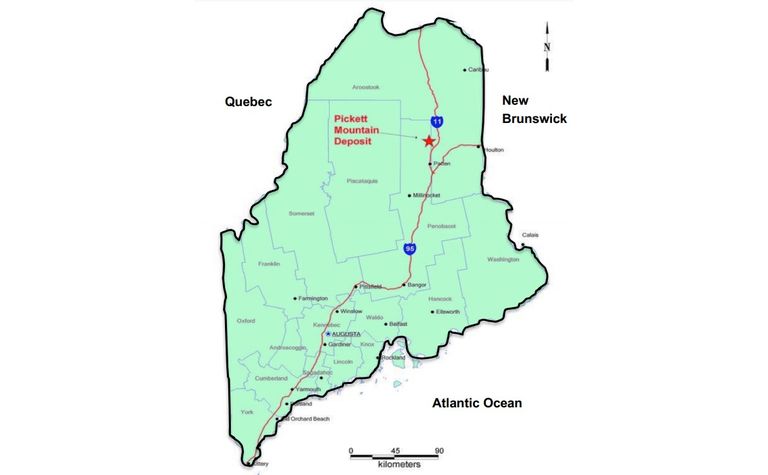 Wolfden Resources is adding to its assets in Maine, which hosts its Pickett Mountain project

The company said it had signed an option agreement to earn 100% of the Big Silver project in Maine, the same US state that hosts its flagship polymetallic Pickett Mountain project.

It did not name the vendor or the terms.

"The addition of the Big Silver project increases our exposure to precious metals and is still in keeping with our strategy of advancing high-margin mining projects that host a basket of specialty metals that are used to power the grid and needed to feed the EV revolution," CEO Ron Little said.

"Wolfden is the first public company to explore and develop mining projects in Maine under the 2017 Chapter 200 mining legislation and the addition of Big Silver reiterates our commitment to the state."

The company is currently petitioning for rezoning to allow for mining at Pickett Mountain, which it describes as one of North America's highest-grade undeveloped polymetallic deposits.

A September preliminary economic assessment for the project estimated initial capex of US$148 million, an after-tax NPV8 of $198 million and 37% IRR, for a 10-year mine.

Wolfden had C$2.1 million in cash at September 30.