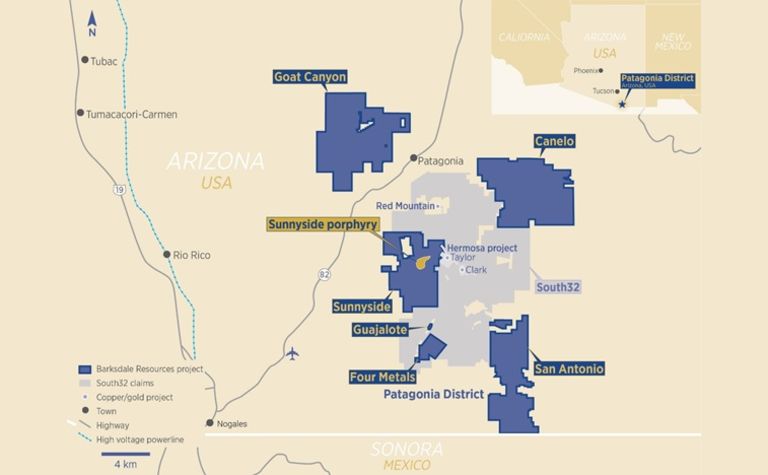 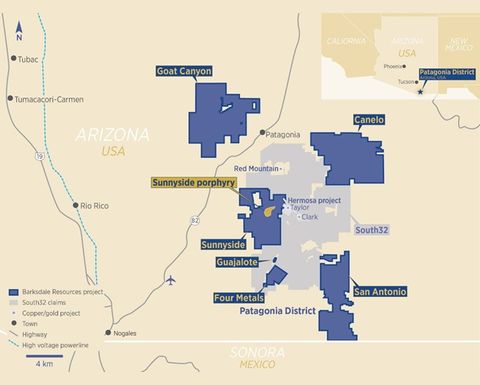 "I am excited to not only more than double our footprint within this prolific mineral district, but also add several high-quality copper porphyry drill targets to the portfolio," Barksdale president and CEO Rick Trotman said.

The news came on the same day Barksdale announced it was acquiring the remaining interest in its nearby Sunnyside porphyry project from Regal Resources, in a deal which valued Regal at C37c per share, well above its last traded price of 6.5c in 2015.

Sunnyside is adjacent to Hermosa, which owner South32 describes as one of the most exciting base metals projects in the industry.

"Consolidating Sunnyside which contains high-grade discovery holes is key as we near the end of the permitting process," Barksdale said.

Consideration for the projects and data was US$35,000 in cash and a 2% net smelter return royalty.

Barksdale said it retained the right to repurchase half of the NSR at any time for a cash payment of $10 million, and must pay $3.5 million to Kennecott on reaching commercial production.

The junior had C$6 million in cash according to a presentation in April.

A goal without a plan is just a dream

Copper down on planned Mutanda restart