Canada Nickel chairman and CEO Mark Selby said this week it was “one of the most exciting days of my entire mining career” as the company announced strategic acquisitions around its flagship Crawford project in Ontario. 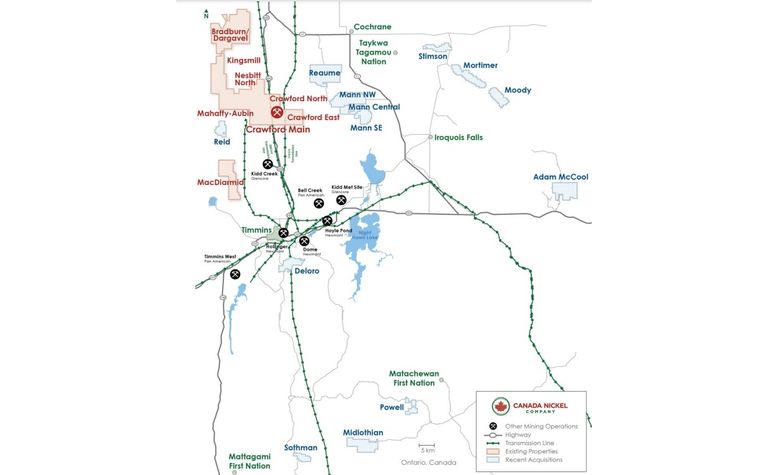 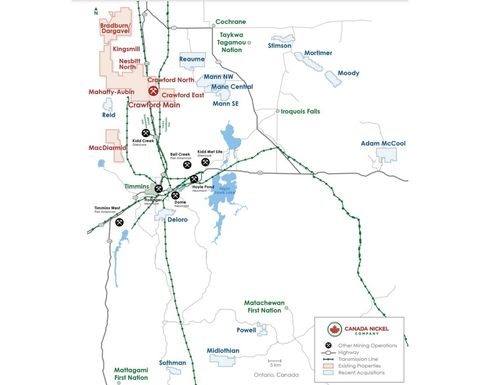 The company completed 18 separate transactions to acquire or earn in to 13 target properties - including Sothman from Glencore - to consolidate district-scale potential in the Timmins region.

"Why are we doing this now?" Selby asked analysts rhetorically on a conference call, given Crawford was "already the largest nickel sulphide discovery since the 1970s".

"Very simply, nickel deposits generally fall into one of two categories, one-off deposits, or occur where you have multiple deposits occurring in clusters," he said.

"Based on the work that Steve [Balch, VP exploration] and our exploration team had done, it was very clear that we had a district-scale opportunity, with nearly 20 targets appearing from the geophysics, and then confirmed with the historical work that we did.

"Again, this is one of the most exciting days of my entire mining career, and I hope will be a very valuable one for all of Canada Nickel shareholders, our community, and First Nations partners."

Selby said the properties had combined target structures 40 times the scale of the structure which hosted the company's Crawford Main Zone resource, which contained a measured and indicated 1.56 million tonnes of nickel and 0.76Mt tonnes inferred.

Like Crawford, all the target structures were near excellent infrastructure and contained the same serpentinized dunite and/or peridotite that hosted Crawford mineralisation and had the potential to permanently sequester CO2, he said.

Canada Nickel is aiming to have a net zero carbon footprint operation.

Selby told analysts Glencore was "just looking for the right person to hand it off to" saying despite Sothman's high grade, it wasn't "in the shadow of the headframe" or the right scale for the diversified mining major and commodities trader.

Canada Nickel had raised C$12.2 million in a bought deal private placement at $4.10 per flow-through share in July.

Selby said the company was discussing a range of $20-$30 million with strategic investors which would take Canada Nickel "well into 2023".

He was planning $5-$10 million worth of drilling over the next two years at the new targets and a resource update for Crawford in the first quarter of 2022, followed by a feasibility study to build on the preliminary economic assessment announced in May.