Jimena Blanco leads Verisk Maplecroft's Americas research team, with regional and thematic experts based in the UK and Mexico.

She is the Americas expert on Brazil and the Southern Cone, and frequently provides advice to multinational companies and multilateral institutions on political risk in Latin America. 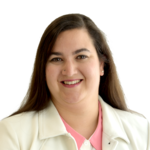 She participates in diplomatic, academic and business forums, addressing issues of regional and country-specific concern. Jimena also makes regular contributions to the British and foreign media.

Jimena Blanco, Latin America lead for above-ground risk consultant Verisk Maplecroft, has told Mining Journal planned changes to the regulatory framework around the mining industry in Chile is very much a double-edged sword.

"There's a mixed bag in terms of likely changes," she said.

"[It's] positive in terms of the creation of a single agency from which you can access information and apply for permits.

"But, with a series of scandals in play for the government around corruption and environmental abuses, the government will face challenges in terms of how much it can loosen regulation.

"So, environmental and social issues will be the main hurdles for the government to overcome in easing the regulatory landscape and releasing some $65 billion in investment that has been held up."

Blanco said despite these challenges, Chile remained a secure jurisdiction for mining

Focus of investment banks on Rio's recent issues shows how importance of social issues has grown.