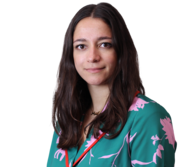 Indigo Ellis is an analyst covering political, business and investment risks in Central Africa for Verisk Maplecroft's clients across the extractive and financial industries. She is the lead analyst for the DRC.

Her recent work has focused on the introduction of the new mining code in the DRC and its impact on mining operations in the country. Prior to joining Verisk Maplecroft, Indigo worked at the European Commission in Brussels.

The overdue election in the DRC scheduled for this Sunday - some two years after it should have taken place - is likely to present yet further challenges for resources firms, according to Indigo Ellis, lead DRC analyst with above-ground risk consultant, Verisk Maplecroft.

She told Mining Journal there were two likely scenarios for the election: a rigged landslide victory for Emmanuel Shadary, widely viewed as a puppet-in-waiting for incumbent president Joseph Kabila; or a rigged but narrow victory that forces Shadary to incorporate opposition parties into government.

In either case, unrest is likely to rise across the country.

"The opposition is frankly never going to believe Shadary has won by the margins they will say he has won by and unrest will break out," Ellis said. "The only thing working in operator's favour is unrest will likely be concentrated on urbanised areas."

She said the influence of opposition ministers in government who were more investor-friendly could help curb some of Shadary's (read: Kabila's) nationalistic tendencies. However, the predicted landslide could see the continued deterioration of investment conditions for miners, who are still reeling from recent and punitive mining code reforms.

"Shadary has said he will try to triple the budget by extracting more revenue from mining," Ellis said. "The outlook is pretty negative over the next six months as we see how the scenarios play out."

What makes a winning narrative?