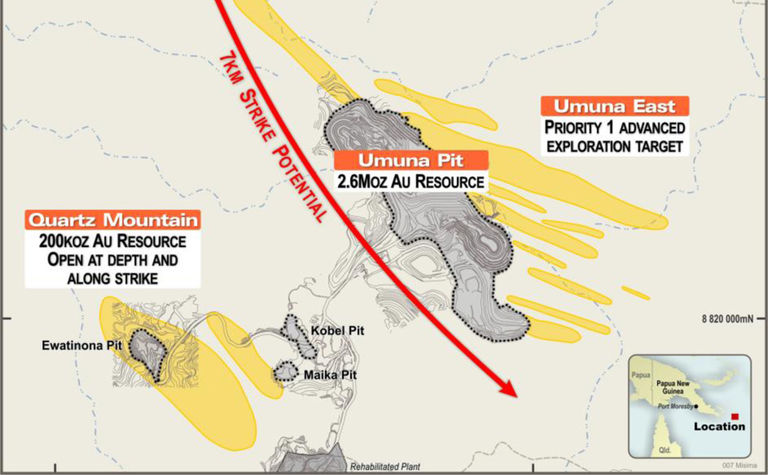 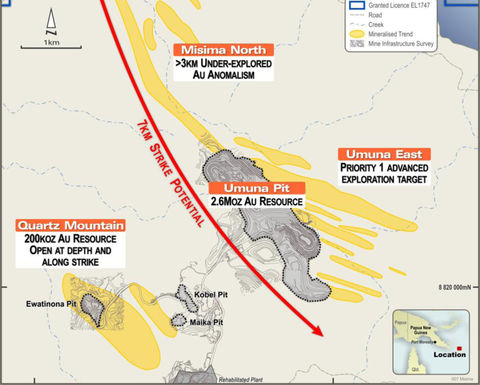 Kingston Resources Limited (Kingston or the Company) is pleased to advise that a drilling contractor has been engaged for the 2018 Misima exploration program. The priority focus of the initial program is a series of highly prospective gold targets within the Umuna East target area, with the intention of extending the existing 2.8Moz JORC Resource1 (Figure 1).

Diamond drilling is scheduled to commence in April and run until late December. Mobilisation of the drilling rig, consumables and equipment via barge from Lae, Papua New Guinea will commence in March. Preparations for earthworks for drilling platforms are already underway. The successful drilling contractor has a 25-year track record of safe and productive exploration drilling within PNG and the Asia-Pacific region.

An airborne LiDAR survey of the project is expected to be completed in the coming quarter. This will provide the first high-resolution terrain model of the whole project, giving additional information to be merged with mapping data and also allowing Kingston to design future drilling locations with increased confidence. LiDAR has the advantage of being able to penetrate through rainforest foliage, resulting in a high-resolution 3D scan of the earth's surface.

"Given the short time frame from completing the merger with WCB to awarding the drill tender, I'm extremely proud of the Kingston team's efforts to advance the world class Misima Gold Project. The exploration potential that has been identified outside of the current 2.8Moz resource provides the Company with an immediate opportunity to add further ounces to the already substantial resource."

"The initial drill targets have been generated by reviewing historical Placer data in the light of recent field work carried out by Kingston Resources. These targets are currently being cross-referenced with the independent structural review which is due to be completed in March. The historic Placer work provides walk up drill targets left untested when Placer ceased operations during a sub US$300/oz gold price environment."

"Kingston's proposed drilling program is the first gold drilling program carried out on Misima for nearly 20 years which is exciting considering the historical operation produced over 3.7Moz of gold at U$218/oz and left behind a substantial resource. The Company currently has a 49% interest in the Misima Gold Project which will increase to a 70% interest following further expenditure of A$1.8m, budgeted in the next six months". 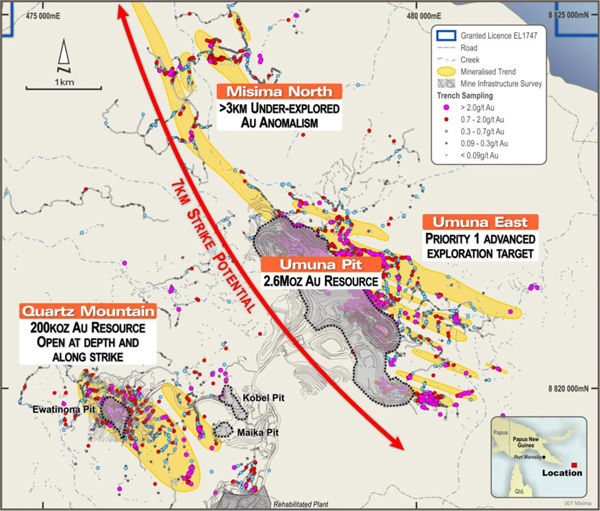 KSN is a metals exploration company. Currently the Company's priority is the world-class Misima Gold Project in PNG, which contains a JORC resource of 2.8Moz Au, a production history of over 3.7Moz and outstanding potential for additional resource growth through exploration success. Kingston currently owns 49% of the Misima Gold Project and is earning in to 70%.

The Company also holds an attractive portfolio of lithium exploration tenements covering four key project areas in the Northern Territory, where the Bynoe Project is home to some exciting new discoveries and the Arunta Project lies within a significant pegmatite field. In addition, the Livingstone Gold Project holds a 50koz resource and is the site of a number of high grade historic intersections. 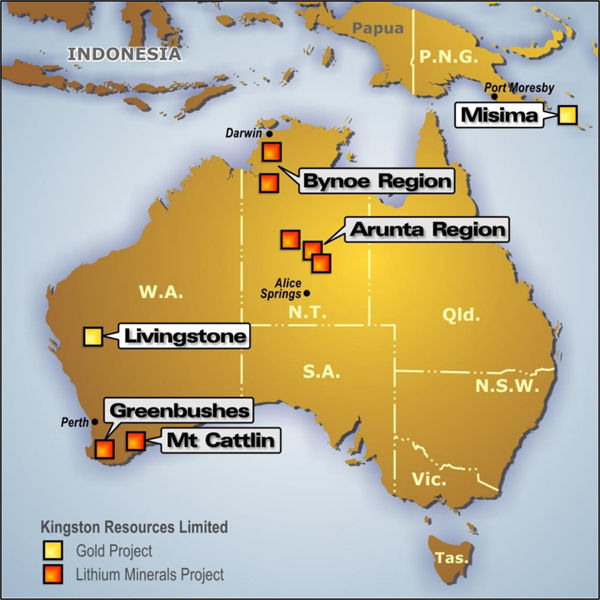 A gold and copper race between pacific islands