RPMGlobal among five mining tech plays to watch in 2018 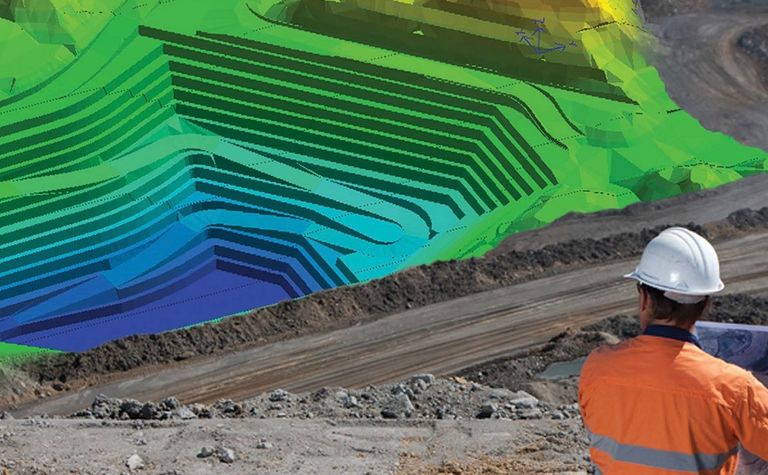 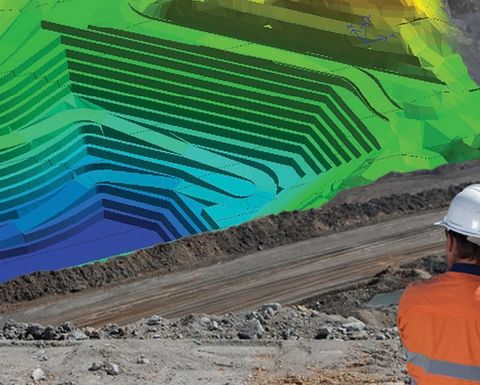 Mining Journal group editor Richard Roberts recently examined the global mining technology market to identify five emerging, and leading companies, aiming to get the attention of savvy investors. This is what he had to say.

Exploration success has been transformative for junior resource companies and their investors over the years. So what happens when the likes of Imdex, RPM Global, Minerva Intelligence, MineSense and Orexplore hit paydirt? If you've never heard of them, read on.

As miners and even now their investors continue to talk the talk about technology and its potentially "disruptive" impact on discovery rates and production profits, one can't help but wonder if the modern versions of the suppliers of ‘picks and shovels' of booms past will bank the big bucks they did historically.

Today's versions? Well, they would be providers of the digital-age technologies we're hearing so much about.

Companies such as Vancouver-based MineSense and Minerva Intelligence, ASX-listed Imdex (IMD) and RPM (RUL), and Sweden's (Australian-owned) Orexplore. These companies indirectly offer leverage to copper, gold and battery minerals. They offer exposure to global markets. They're all presenting exploration and mining companies with smarter, better ways to tap the rich lodes of data to deliver the insight that can speed drilling programs, or materially change the bottom line of a mine or production hub.

Imdex, MineSense, Miverva, RPM and Orexplore are all talking about information that, used the right way, can add hundreds of millions of dollars, and even billions, of value to sectoral returns.

That translates into addressable markets that started to get the attention of the world's big information technology corporations in the past decade: Google, Amazon, IBM, Microsoft and Apple. And a bunch of lower-tier firms such as Hexagon, Dassault, Schneider and SAP.

And numbers that may draw much-needed new investors and leadership talent into the mining tech arena.

MineSense is an example of this already happening, with CEO Jeff More joining the start-up from Maxxam Analytics in 2015 and leading the firm through major equity funding rounds that have put more than US$30 million in its treasury. No mining tech firm has achieved that level of backing before turning a dollar of revenue, let alone reporting a profit.

If it's successful in its efforts this year to commercialise and ramp up product deployments, MineSense will become a poster-child for the next generation of METS (mining equipment, technology and services) start-ups.

Minerva Intelligence, progressing toward a mid-year Toronto listing, could be another.

"Right now there is public money knocking on the door of Minerva," Smyth said. "It is coming from mid-sized PE companies interested in mineral exploration and the potential gains from applying this technology."

Being predominantly focused on exploration, at this stage, Minerva does carry with it the risks of exposure to that market, but Smyth is already developing the company's connections in others, including medicine, metallurgy and environmental services.

"Once we're ticking along nicely in geology, we'll turn our attention to other verticals," he said.

"Both ontology editors we use come out of medicine.

"There are significant opportunities in these other verticals."

Minerva claims the use of AI will change the way companies explore for mineral deposits in future, forcing them to focus on collecting standardised exploration data in a form that lends itself to interoperability, machine learning and machine reasoning. Historical exploration put little emphasis on standardisation.

"The idea was to embed what geologists knew into computers," Smyth said.

"So it actually makes a lot more sense to understand what [renowned geologist] Dick Sillitoe does and try and embed that into a machine. That's a very different challenge. We continue to be most focused on, and in fact set ourselves apart from the other players in mineral exploration by, embedding human intelligence in machines."

MineSense's More said an IPO was one option the company would look at once it commercialised its mine production management technology.

"We believe we're still a few years away from an exit," he said.

"It could happen earlier but … we believe that the best way to maximise the valuation is to grow the business. We're just commercialising and getting into revenue now.

"The highest probability we think is an M&A event, acquisition by a large strategic, but we're also exploring and thinking about an IPO. We do hit three sectors with MineSense that makes it attractive to [equity investors in a public vehicle] - mining, clean-tech and we're also very much a digital play."

In some ways Imdex and RPM Global typify the old METS company model.

But acquisitions and serious investment in R&D have transformed them both in the past few years, so that they currently provide about as pure a form of public-equity investment exposure to mining technology uptake in the next decade as exists at the moment outside of private-investor hands.

RPM is perceived as a desktop software (and consulting) company. But CEO Richard Mathews, ex of Mincom and JD Edwards, had a different plan when he bought into the company in 2012 and has overseen the acquisition of seven businesses, and IP, and added new institutional investment support along the way, in the pursuit of unique planning and execution systems and development of the industry's first open-standard commercial off the shelf enterprise planning platform.

With a customer base inflated by the companies it has acquired, and early take-up of new products, RPM has a formidable business development pipeline for a company its size, and is now positioned to play in a market worth many times its current A$50 million-a-year of software sales (in $75 million total).

A current market value around A$141 million belies its lofty earnings potential in the next few years, and the fact that is has A$20 million in the bank and no debt.

Imdex is similarly poised to reap the benefits of extensive product R&D and a sound M&A strategy.

"We aim to own the subsurface intelligence space in the industry and we are on our way to achieving that objective," he said.

Ridgeway told Mining Journal the market for the company's technology suite could be worth US$700 million a year.

"Disruption has occurred in all other industries and it was only a matter of time for it to occur to the minerals industry," he said.

"Large resource companies are restructuring to include innovation or technology departments that are focused on embracing technology and automation. These are positive developments and the rate of change is increasing.

"We are seeing technology companies like Cisco, IBM and GE Digital enter the industry at a high level and bringing their experience in other industries and applying it to the resource companies operations."

Also worth many billions of dollars a year is the traditional mineral assay market, which could be disrupted by new generation fast and site-based, rock X-ray technologies developed in Sweden and Australia.

Dependent on its commercial success - now being tested with the arrival of early GeoCore machines in Australia - Orexplore could be spun out of successful drilling contractor Swick Mining Services (ASX: SWK) at some stage.

Swick Mining founder and managing director Kent Swick said he saw Orexplore as a business that could one day be worth many times the drilling company's market value.

"There are three majors in the assaying world and I think we could be one of them, eventually," he said.

"We've got trials lined up with major mining houses that have shown interest. If they press the button and get on board we'll have a very large company very quickly," he said.

RPMGlobal executive discusses business ecosystems: Are we missing a trick?